He was visiting Greece for holidays

George Doulis is the Greek passenger who has lost his life so far in Norman Atlantic, according to the Greek Ministry of Shipping. Information indicates that the unlucky 67 year old and his wife, Theodora were trying to find a way to escape from the burning ship, and while attempting to enter the lifeboat, were cornered and trapped in the slide. Rescuers tried to reach out for them, the woman was rescued, but the man did not make it.

The news of the death of George Doulis hit his home like a veritable bomb both in Katamahi Lakka of Souli, Parga (his wife’s city) and the Greek community of Zurich, where he lived. Around four decades ago, the couple decided to seek their fortune abroad in Switzerland, where they opened a cleaning company. They were active members of the local union of Greeks and participated in all events.

The couple were visiting Greece for holidays, according to their niece. They were meant to return to Switzerland for New Year’s to spend it with their children. 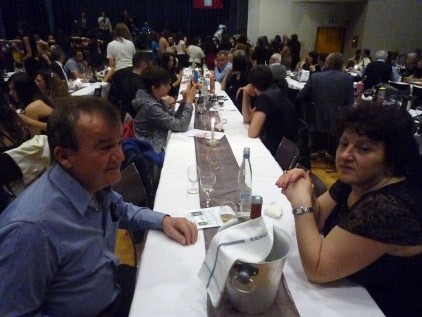