In Athens downtown and specifically at the Great Britain Hotel at 15.00 today the long-awaited meeting of the “Big 4” of Greek football will take place.

Vangelis Marinakis, owner of Olympiakos FC, PAOK Thessaloniki owner Ivan Savvidis, Dimitris Melissanidis of AEK Athens and Panathinaikos’s Yiannis Alafouzos will sit at the same table for the first time. The Deputy Minister of Culture Lefteris Avgenakis, as well as the Director of National Federations Zoran Lakovic, will also be present. 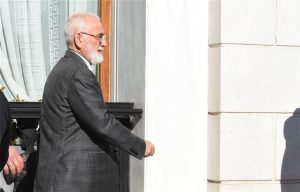 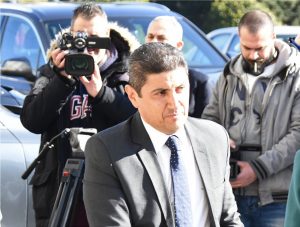 The critical situation in Greek football will be the topic of discussion and more specifically:

a) the successor situation in the Hellenic Football Federation (EPO), its elections and how they will take place
b) the next day in football after the departure of FIFA – UEFA next summer
c) Selection of persons of common understanding for EPO (probably a technocrat as CEO) and the central referee commission (KED), and
d) The de-escalation of tension

According to the original plan, there will initially be a conversation between the presidents of the “Big 4” and then the other people involved. Of course in the discussions, each side can put forward or propose what it considers most important. Olympiacos, for example, the issue of KED/EPO and Melo Pereira, the AEK the issue of the Portuguese chief referee, Panathinaikos will focus on the issues of referees or violence and PAOK its own positions.