A tragedy occurred before the burial in Kerman of the Iranian general Qassem Soleimani, who was assassinated by a US raid in Baghdad airport.

According to the Iranian state television, there was an incident with several of the protesters being trampled on.

According to the same information, there are at least 35 dead and 48 injured.

No further information on the circumstances under which the tragedy occurred has been disclosed so far.

Earlier, Iranian state television had aired footage of thousands of people, many of them in black, in the streets to mourn the high-ranking official, who was, by some analysts, the second most powerful man in the country. 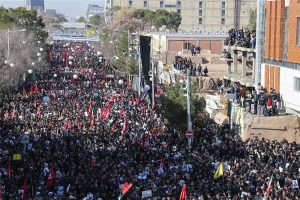