He was killed instantly

The traditional improvised fireworks demonstration that takes place every year on Easter Sunday afternoon in Kalamata had a tragic ending when a cameraman was hit by a firework and was killed.

According to eyewitness information, the cameraman who was there covering the event was injured in the head. 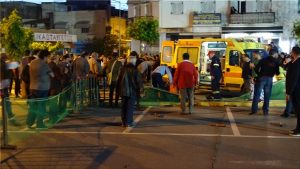 The director of Kalamata Hospital, Giorgos Besos, stated that the young man was dead on arrival. 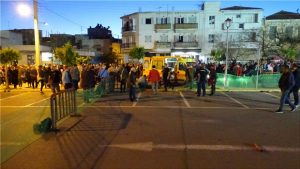 As it can be seen in the shocking video, during the event, a small firework leaves the hands  of the person holding it and goes straight into the crowd to the position where the unfortunate cameraman was.