The incumbent PM arrived at the mansion early in the morning

New Greek PM Alexis Tsipras arrived at his neo-classical Maximos Mansion office to officially take up his duties on Tuesday.

His car drove him in front of the gate and he immediately climbed the stairs, entering the mansion proper.

Shortly after 11 a.m., top SYRIZA cadre and MP Panagiotis Lafazanis also arrived at the office, followed by Panos Skourletis. Meanwhile, the offices held in Parliament by Tsipras and former PM Antonis Samaras were swapped, according to protocol. The two men took their favorite paintings with them to their new offices.

It should be noted that there was no official handing over ceremony at the Maximos Mansion a day earlier between the new premier and his predecessor, which caused the first “mini clash” between the parties since Sunday’s elections. 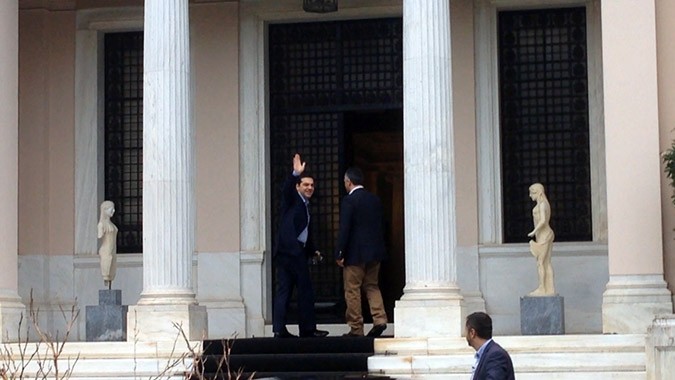 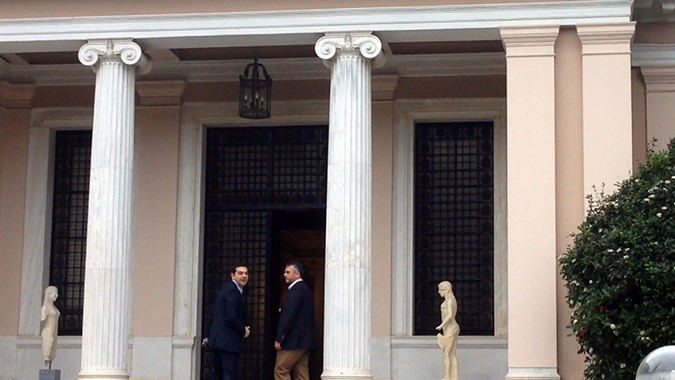 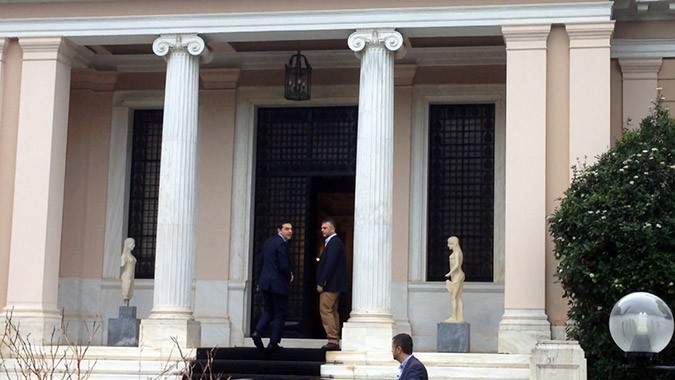 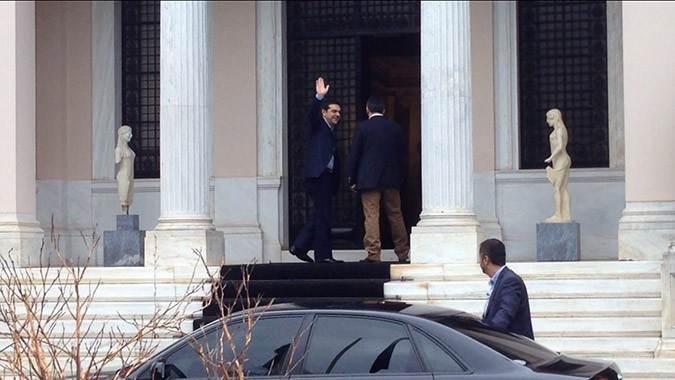 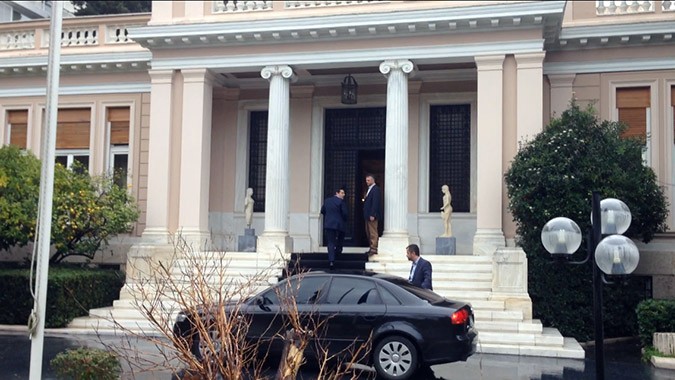