Tensions between countries on the rise

Turkey continued its provocative stance in the Aegean Sea, as it issued a Navtex for search and rescue operations enclosing the whole of Kasterlorizo in the eastern Mediterranean. According to the 345/2018 Navtex, the Turkish land territory and the sea region around the Greek island of Kastelorizo will be blocked off from March 7. Relations between Greece and Turkey have been strained, as the latter continues to question the sovereignty of Greek islands in the Aegean Sea, with the latest incident of tension involving the arrest of two Greek soldiers who stayed into Turkish territory last week. 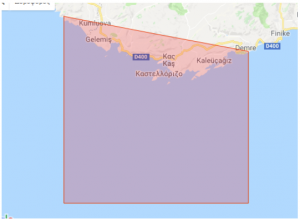