A U.S. judge has sentenced a Turkish banking executive to 32 months in prison after his conviction for evading sanctions on Iran.

Mehmet Hakan Atilla, a banker at Turkey’s state-controlled Halkbank, was sentenced on May 16 by District Judge Richard Berman in Manhattan.

Prosecutors had sought a sentence of about 20 years for Atilla.

One of Atilla’s lawyers, Victor Rocco, called the 32-month sentence “fair,” but said the banker would appeal his conviction.

In a court filing, Atilla’s lawyers urged leniency, saying the case did not involve “economic crimes” or a “crime of American disloyalty” by their client and that “no victims” suffered a financial loss. 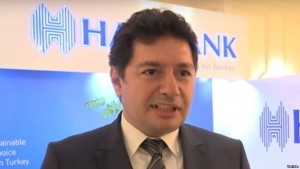 Atilla was convicted on January 3 of conspiring to violate U.S. sanctions laws after a four-week trial in which the defendant testified in his defense.

U.S. prosecutors accused Atilla, 47, of working with a Turkish-Iranian gold trader from 2010 to 2015 to help Iran evade sanctions by disguising the oil sales as fraudulent gold trades and food-aid transactions.

The case has strained relations between Washington and Ankara, with Turkish President Recep Tayyip Erdogan’s spokesman in April calling it “a grave injustice.”

The Turkish government did not immediately comment on the sentencing.

Nine defendants have been charged in the case, but most of the others reside in Turkey and remain at large.