An incident is in progress north of the Greek island of Limnos as the Turkish authorities have called, by radio, the captain of a German research vessel to leave the area.

This particular vessel of the University of Heidelberg, conducts research on behalf of Greek interests north of Limnos, but the Turks claim they are sailing inside Turkey’s territorial waters.

According to information from the Cyprus News Agency, the captain has made a move in order to leave the area, but he has received a call from the Greek Authorities to stay inside the Greek territorial waters. The frigate of the Hellenic Navy HS Elli is also in the area. 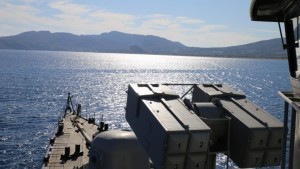