A 65-year-old Lebanese was arrested in Mykonos after being wanted for 34 years by international prosecutors for his involvement in Hezbollah, as well as the hijacking aboard a TWA airliner in 1985 and the assassination of a US Navy officer whom they shot and threw on the runway at Beirut Airport.

Among the passengers that were being held in the airplane was also the famous Greek singer Demis Roussos.
The arrest of the foreign fugitive was carried out in the port of Mykonos on the morning of September 19, following the extensive investigations by the police on “suspicious” visitors to the island. 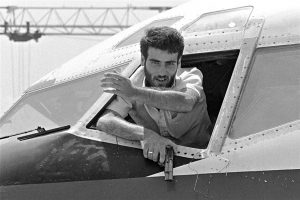 He was aboard a cruise ship that had crossed Rhodes and Santorini, and Mykonos was the last stop before returning to Turkey.

During a passport check, his name was found to be on Interpol’s red list.

police officers arrested him and took him to the Syros Courts where his transfer in Korydallos’ jail was ordered. 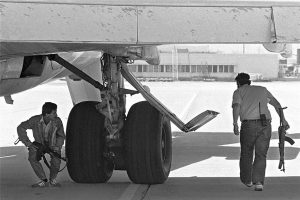 The bloody story of the 65-year-old Lebanese from Beirut began in the mid-1980s. It was June 1985 when an alarm sounded at the airports of Athens and Rome. Onboard flight TWA 847, from Athens to Rome, authorities received an alert for hijacking.

The Hezbollah-related perpetrators first headed for the Beirut airport, where some passengers were released, including singer Demis Roussos, in exchange for fuel.

There, when a US Navy diver, Robert Stethem, resisted, the terrorists shot him and threw his corpse on the runway.

Following negotiations the hostages were released, transported by vehicle to Syria and from there to a US Air Force aircraft in West Germany. 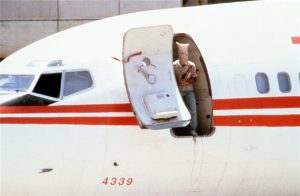 Two years later, in 1987, the Lebanese was arrested in Frankfurt. The German authorities were preparing to extradite him to the US where a warrant is pending.

But that never happened. His associates in Beirut abducted two German nationals and demanded that he be exchanged. For three decades the Lebanese had managed to slip away from the US authorities. That was the case  until the morning of September 19, when the Greek police officers in Mykonos during a passport check arrested him and brought him to justice.

It should be noted that the 65-year-old was carrying a fake ID, but international law enforcement authorities had been able to find out the names he was using, and when one of them came up during the passport check, it was all over for him.