Two workers were killed due to extreme weather conditions that hit Greece on Tuesday morning in the Peloponesse and the western part of the country.

Greece was hit by a barrage of lightning bolts, with the “Zeus” lightning recording system of the National Observatory of Athens recording more than 10,500 lightning strikes by 13:00, of which about 7,000 were above the sea and 3,500 above land.

Torrential rains in the city of Pyrgos in Ilia caused numerous problems, with the Fire Department receiving 35 calls for water drainage, while according to ilialive.gr, the pupils of the 4th elementary school of Pyrgos were dismissed from classes earlier after the schoolyard was flooded.

The downpour was devastating for the seaside village of Agia Efimia in Kefalonia, which was flooded and buried in the mud as torrents of water descended on the port. Other islands such as Ithaca also experienced heavy rains.

Videos posted on social media show the severity and intensity of the lightings strikes which resulted in trees and buildings cathing fire. 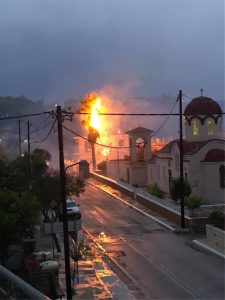 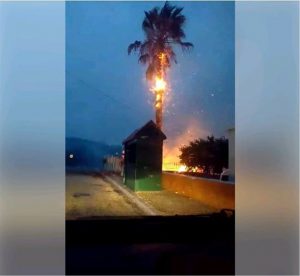 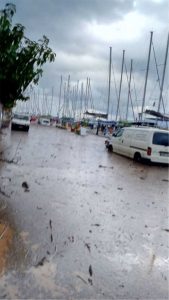 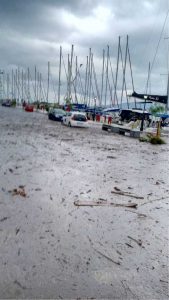 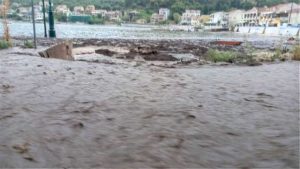 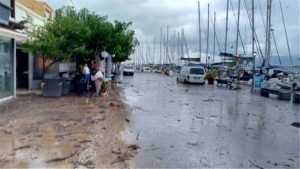 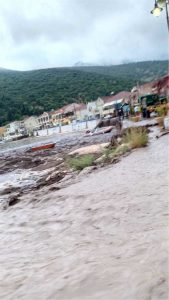 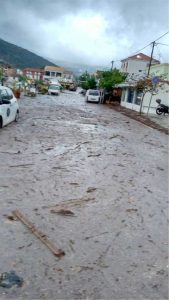 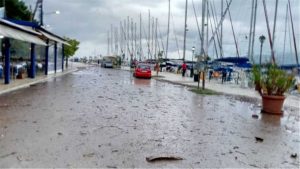 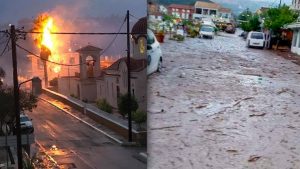