Conservatives are repeatedly reminded that the former First Lady Hillary Clinton has never been convicted of criminal behavior. Well, neither has President Donald Trump, but one would never know that from reading the news reports. Both of them have been looked into by authorities, Clinton most recently by prosecutor Trey Gowdy (R-SC).

Well, it appears that the woes for Mrs. Clinton have only worsened as Attorney Jeff Sessions has just ordered Justice Department prosecutors to begin “asking FBI agents to explain the evidence they found in a now dormant criminal investigation into a controversial uranium deal that critics have linked to Bill and Hillary Clinton,” NBC News reports. 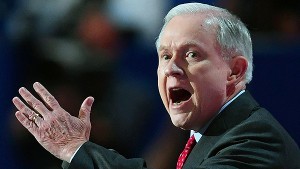 One “senior official” quoted by NBC has said that it is being determined “whether a special counsel was warranted to look into what has become known as the Uranium One deal.” There may be more than just chants of “LOCK HER UP!” that Mrs. Clinton must face, but rather, the very real likelihood that it could happen.

The former New York senator was Secretary of State when the State Department pushed through the uranium deal even though many close to the matter said at the time that it posed a national security threat to do so. Russia, who helps terror-supporting Iran, was to get 25% of deadly U.S. uranium.

Another quoted official claims that “there were allegations of corruption surrounding the process under which the U.S. government approved the sale.” As the Conservative Daily Post has shown, the whole affair has had a taint to it since facts regarding the deal became known.

Those associated with the questionable deal were also huge donors to the Clinton Foundation, the charity that was responsible for many wayward schemes when it came to Haiti and the assistance that was promised them. 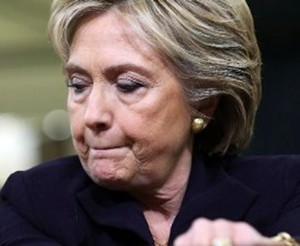 As for ties to Russia, it was Bill Clinton, not Donald Trump, who was paid $500,000 to speak to bankers there. That is an astronomical amount of money to pay for a mere speech from a disgraced former leader. If a G.O.P member had done that as his wife was leading the State Department, heads would have rolled like bowling balls.

Hillary Clinton holds to her story that she played no part in the deal’s approval, but many close to the matter are calling her bluff, which has lead to this action from Sessions.

The signs of corruption are very clear. For instance, Frank Giustra, a businessman from Canada who benefited from the deal “in 2006, Giustra donated $31.3 million to the Clinton Foundation” Guistra’s share “increased sevenfold” as a result.

Uranium deal to Russia, with Clinton help and Obama Administration knowledge, is the biggest story that Fake Media doesn’t want to follow!

Will this lead to “Crooked” Hillary in an orange jumpsuit behind bars? If history is any indicator, the family is very slippery. It is possible that even this obvious level of wrongdoing could be brushed under the rug.

Then again, not if Jeff Sessions has anything to say about it.