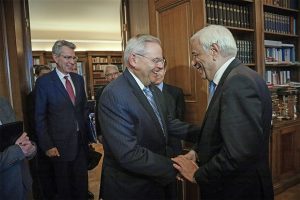 Accompanied by US ambassador to Athens, Geoffrey R. Pyatt, Menendez visited the Papagos camp where he was greeted by Defence Minister Apostolakis. 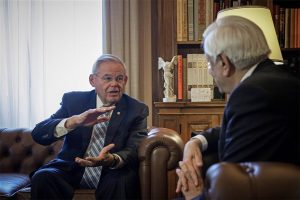 “During the meeting issues related to bilateral relations and security in the Eastern Mediterranean region and the Middle East were discussed “, according to a statement released by the Ministry of Defence. 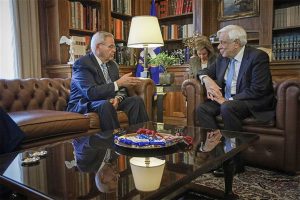 The US Senator had visited Cyprus before arriving in Athens.
Bob Menendez (D-N.J.) and Marco Rubio (R-Fla.) recently introduced a bi-partisan bill that included provisions of a report of violations of Greek airspace by Turkey since 2017, as well as the lifting of an embargo on arms transfer to Cyprus. 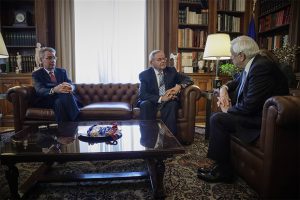