Relaxing after end of career

Usain Bolt is in Mykonos soaking up the sun and sea after a demanding World Athletics Championships in London which ended on a sour note for the fastest man on the planet following his injury in the 4×100 metre men’s final. Bolt posted a photo on his Instagram profile where a pool and some plants can be seen, but the location of the photo is unclear. He wrote: “With friends”. His exact location came to light after Greek media man Petros Kostopoulos, who is in Mykonos, posted a photo of his son with the Jamaican sprinter.

With son of Petros Kostopoulos 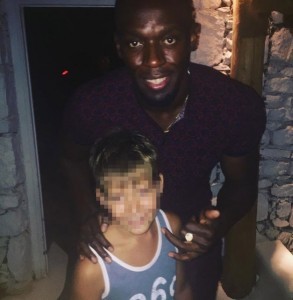