They announced the birth of their fifth child, a baby girl. 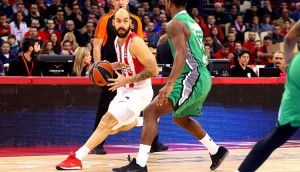 Vasilis Spanoulis uploaded a picture of the baby’s feet on Instagram, writing that the fifth child of the family has arrived.

The couple already has three sons Dimitris, Vassilis and Thanasis and one daughter Emilia.