Someone close to Alexander the Great is buried at Amphipolis, but archaeologists caution patience until the end of the month

Archaeologists at the burial site of ancient Amphipolis in northern Greece, near Serres, are set to reveal an “exceptionally important find”, said Greek Prime Minister Antonis Samaras after his visit to the site on Tuesday.

“The land of Macedonia continues to move and surprise us, revealing from deep within its unique treasures, which combine to form the unique mosaic of Greek history of which all Greeks are very proud,” said Mr. Samaras. 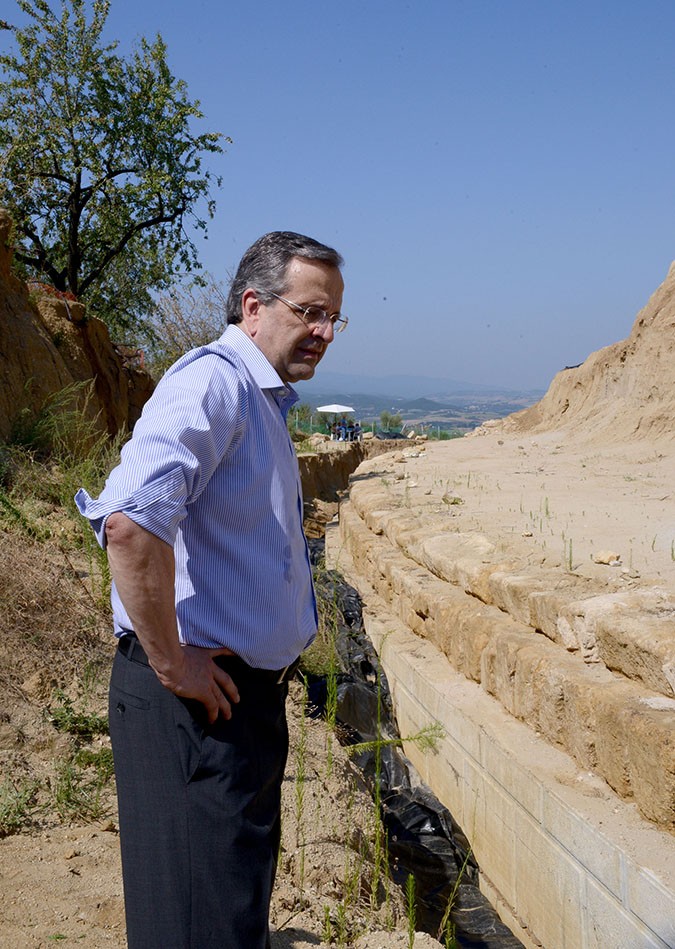 The tomb is impressive with the pyramid-shaped mound being 498 meters long and three meters high – ten times larger than the tomb of Alexander’s father, Philip II of Macedon – and carved in Thassos marble. It was probably build by ancient architect, Dinocrates, who was both a technical adviser and friend of Alexander the Great. A broad road led up to the tomb with two carved sphinxes flanked at each side of the entrance. The tomb consists of frescoed walls or decorative white marble shipped over from Thassos. The 5.2-meter high Lion of Amphipolis, whose sculptor is unknown – was discovered nearby in 1912 at the bed of the Strymonas River –  and is believed by experts to have once stood on top of the tomb. 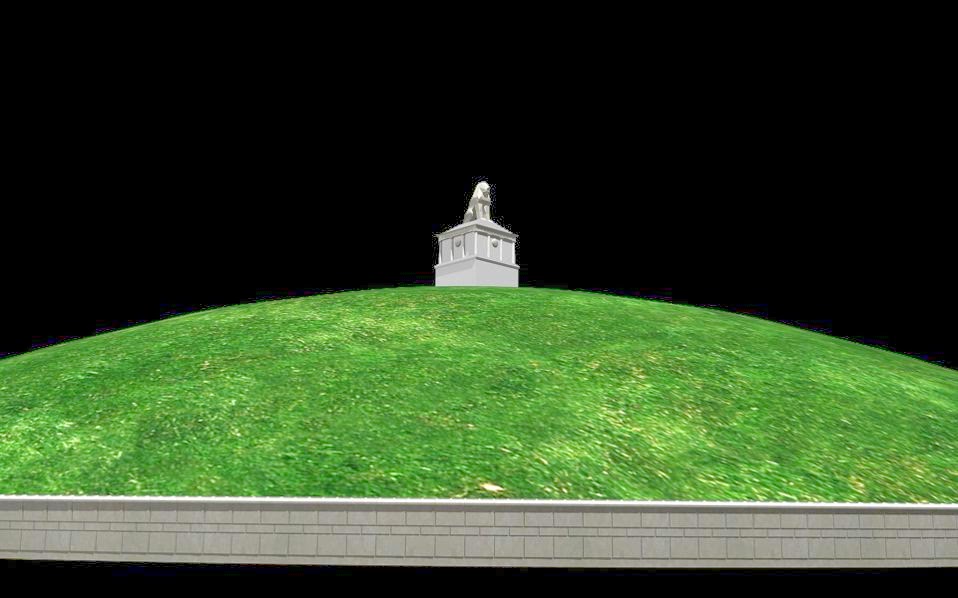 “I believe all these findings have allowed (the site’s lead) archaeologist Katerina Peristeri to be optimistic that this is a unique burial monument, which – as she said – dates between 325 and 300 B.C. The excavation will reveal the identity of the deceased. The excavation will continue at a pace dictated by the findings as well as scientific ethics,” said Mr. Samaras. 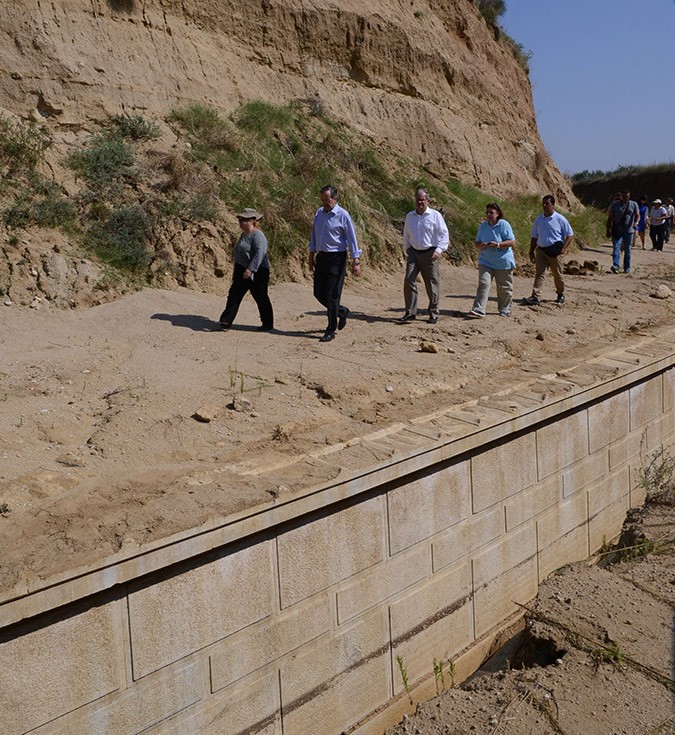 Who could the tomb belong to?

Newly-elected Mayor of Amphipolis, Konstantinos Melitos, said that “the premier’s visit means the excavation is expected to reveal something significant.” He added that “the world will soon know all the region and the whole of Greece.” This has sent speculation soaring sky-high with many people claiming, or hoping, that the massive burial site belongs to somebody close to Alexander the Great. Experts have ruled out the possibility that the tomb could be that of Alexander himself as he is believed to have been buried in Egypt in 323 B.C., but they are otherwise keeping their lips sealed only to say that it “belonged to an important figure dating back to the last quarter of the 4th century B.C.”.

Ms. Peristeri, who leads the ancient monuments department in northern Greece, points that some of Alexander’s generals and admirals had links around the city of Amphipolis. Once an important naval base, Amphipolis was the birthplace of three famous admirals of the Macedonian period – Nearchos, Androsthenes of Thasos, and Laomedon. The latter was also a close friend of Alexander the Great.

Prior to the discovery of the huge burial site, there were theories that the Lion of Amphipolis marked Laomedon’s grave whereas others believed that the statue was erected by Agnon as tribute to the 10,000 people killed in the battle of Draviskos, another city in Serres.

Macedonian General Cassander, who fought for control of the empire after the great emperor’s death, was also from the area. He imprisoned Alexander’s Persian widow, Roxana, in Amphipolis before executing her along with her and Alexander’s son in 311 B.C. before becoming King of Macedon. 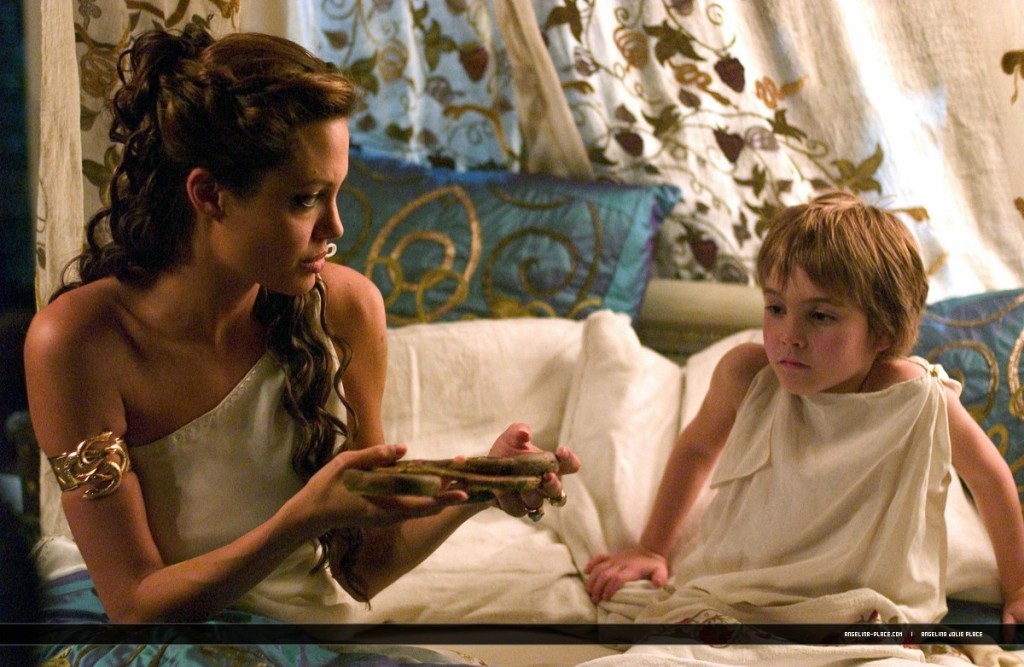 A culture ministry official told Reuters that the tomb probably belonged to “a prominent Macedonian of that era”. 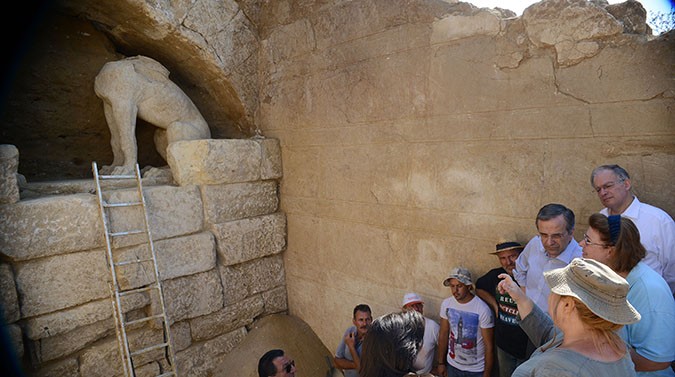 When will we know?

The prime minister warned that it would be wrong to start speculating as to the identity of the tomb. He cautioned patience. Archaeologists began excavating in 2012, and will continue to explore the tomb until the end of the month to determine exactly who was buried there.

Police are guarding the area round-the-clock until that time…

What do we know for certain?

* The tomb is the largest ever discovered in Greece, ten times larger than the tomb of Alexander’s father, Philip II of Macedon.

* It belongs to somebody important, close to Alexander the Great.

* Excavations began in 2012 and archaeologists will know for certain who the tomb belongs to by the end of the month.

* It’s nearly 500 meters long and made of marble shipped over from Thassos.

* It was designed by renowned architect Dinocratis, who was a close friend of Alexander the Great.

Videos of the site: 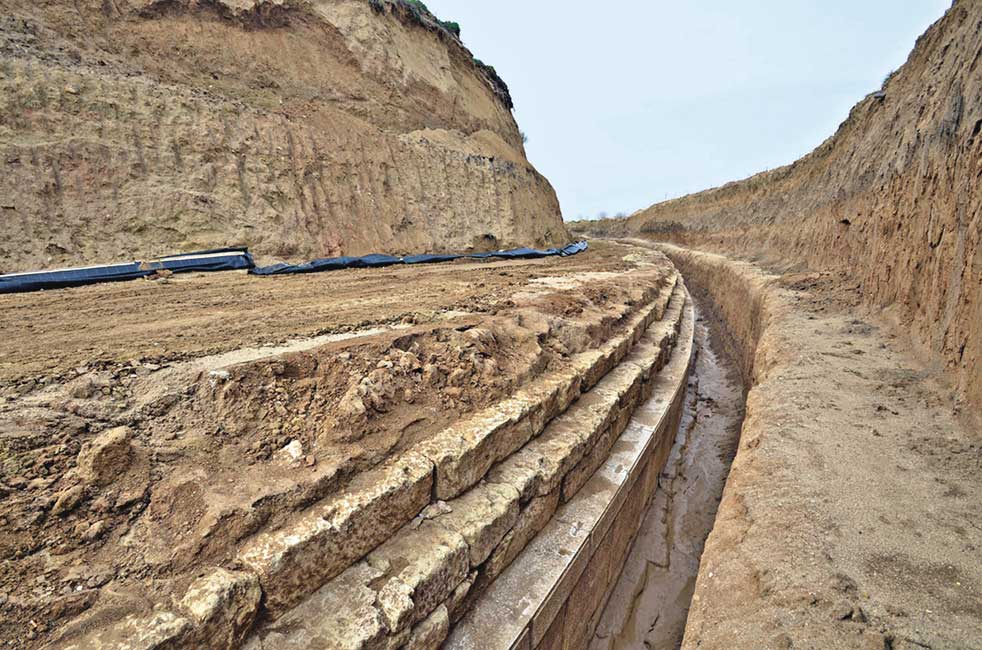 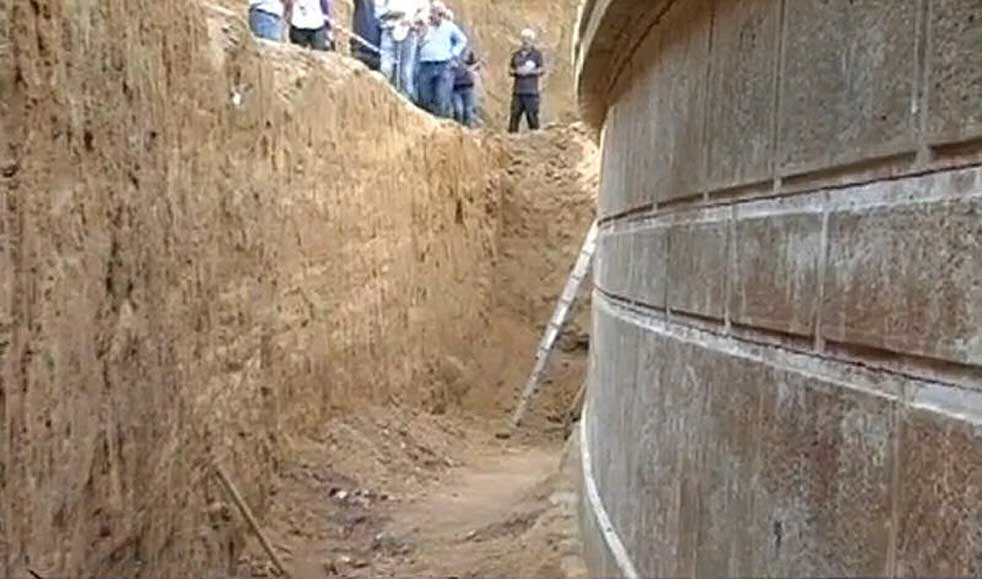 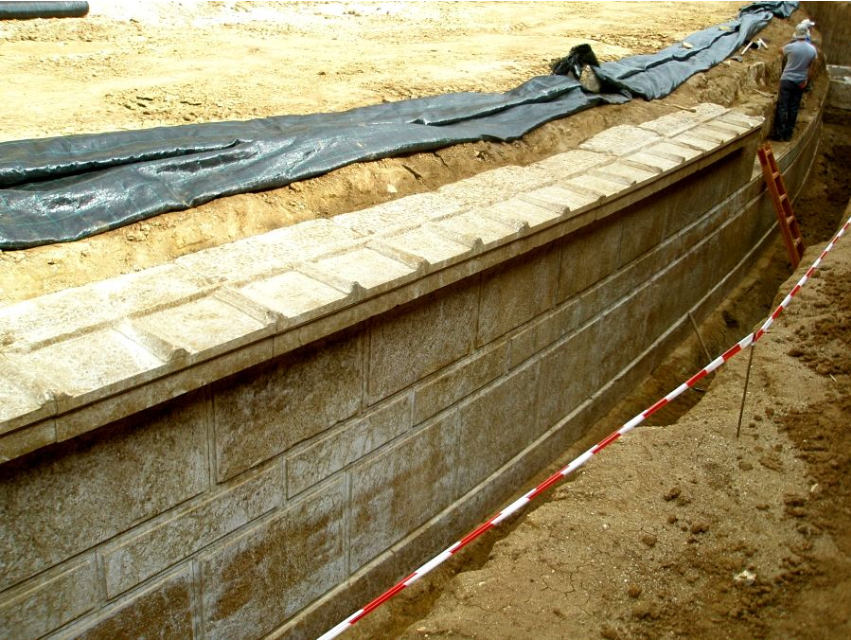 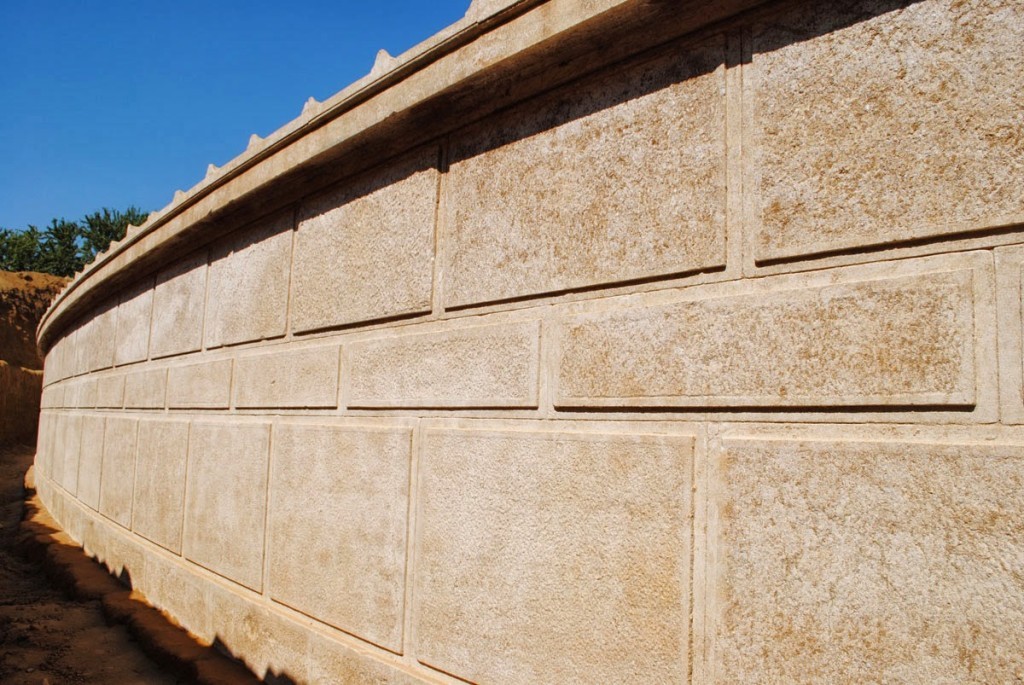 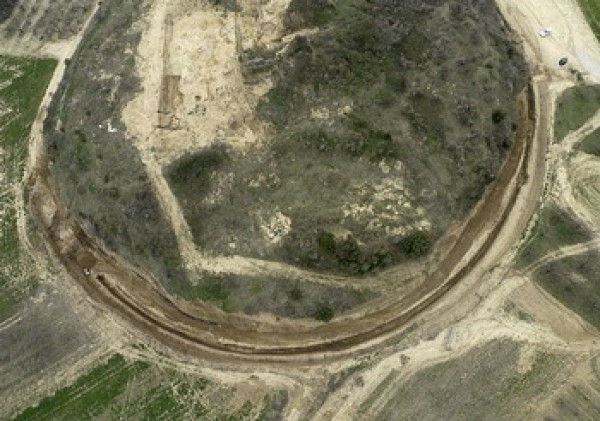 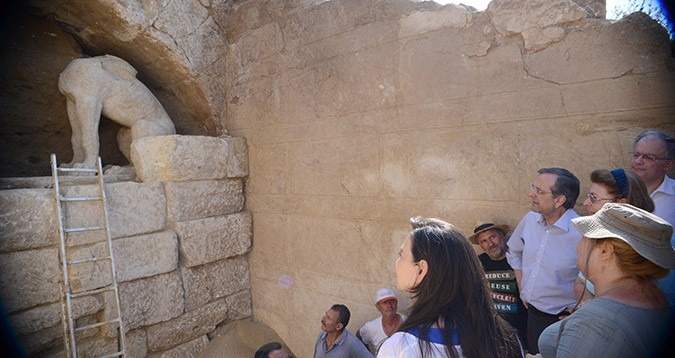 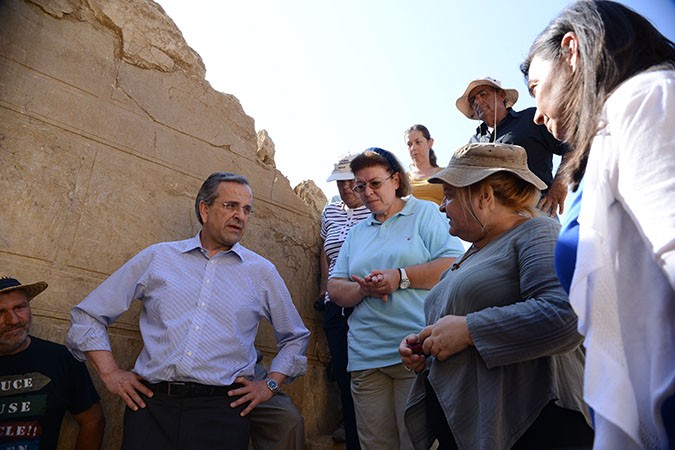 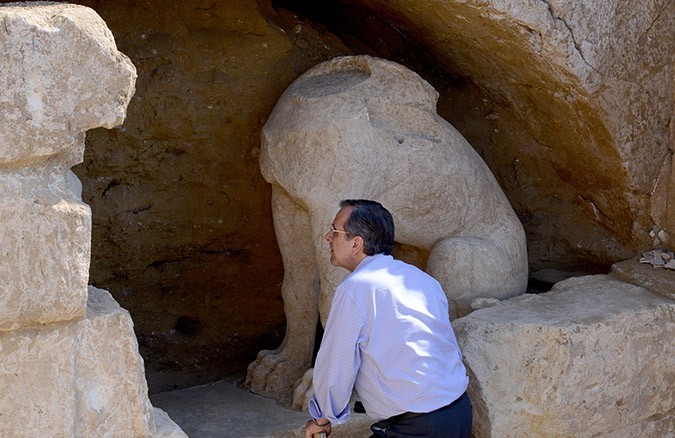 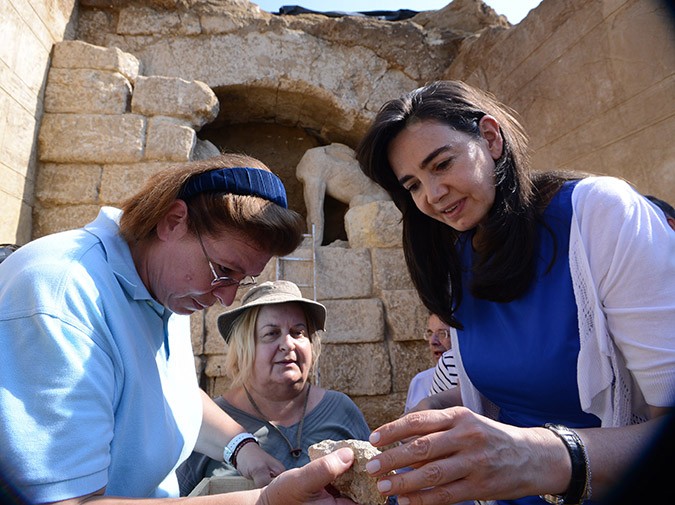 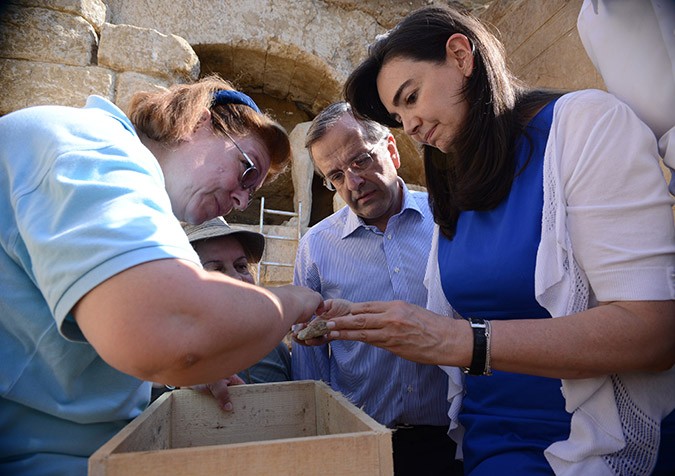 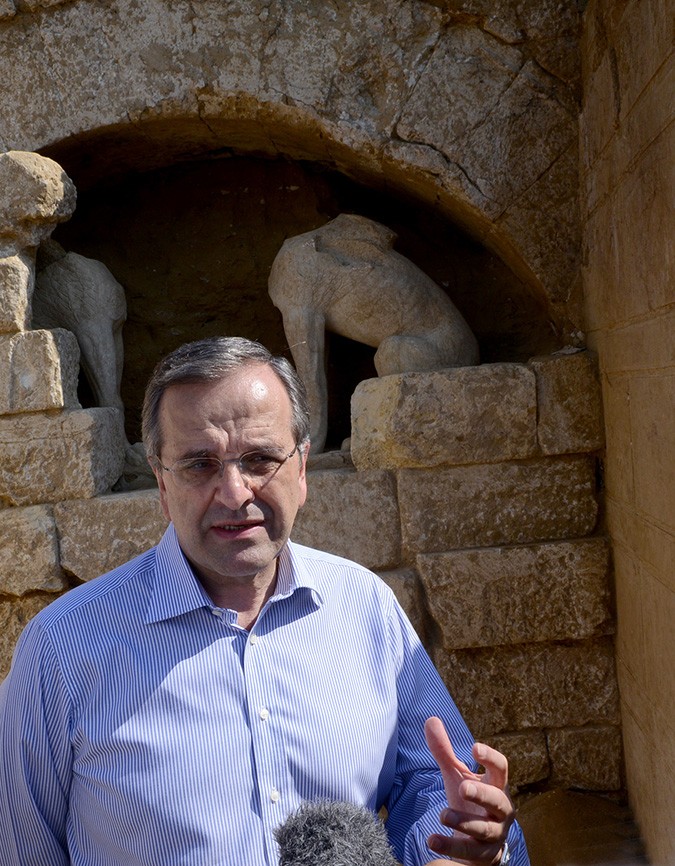 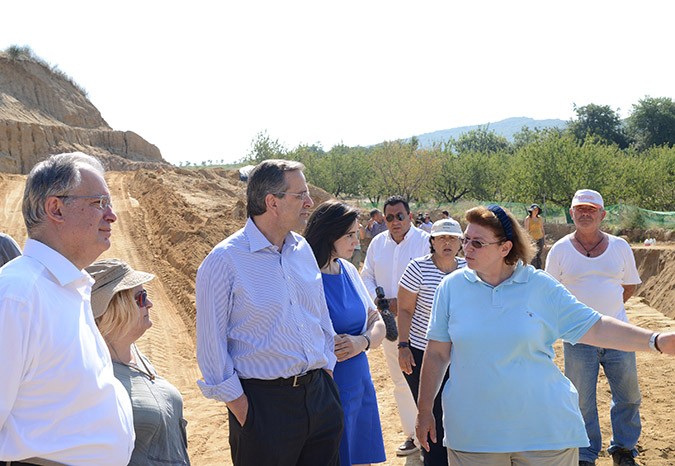