A new negative achievement for Greece

Greece is the country with the biggest decline in wealth in the decade 2007-2017, after Venezuela, according to a report by New World Wealth, in collaboration with Visual Capitalist.

As shown in the following table over a decade, Venezuela lost 48% of its wealth while Greece, in second place, lost 37%. 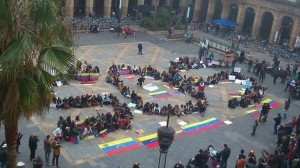 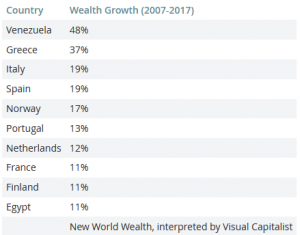 On the opposite side is Vietnam, which emerges as a hub for global industry. The Asian country is at the top of the most developing countries over the past 10 years, as it has risen…210%! In addition, Vietnam’s wealth indicators are expected to grow further by 200% over the next 10 years, according to the same survey. 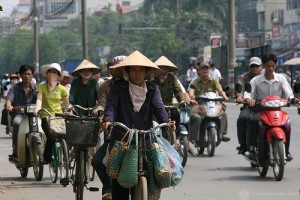 But why is this happening? The reason lies in the rising wealth of the super-rich living in the country. They are defined as people with investment assets of at least $30 million, excluding personal property and real estate, such as main residence and a steady increase of 320% in their number between 2000 and 2016, according to Wealth Report of Knight Frank.

At the same time, Vietnam quickly became attractive to foreign investors. Vietnam’s seaside city of Da Nang in 2018 for the first time won a place on the list of “Live and Invest Overseas” with the 10 best places to live.