The country is the grip of extreme weather conditions

Greece is in the grips of the Mediterranean cyclone called “Zorbas”, with the National Meteorological Services (EMY) forecasting winds of up to 11 and 12 Beaufort.
The extreme weather phenomenon has already affected many regions of the country, while the full force of the cyclone is forecast to hit the country in the next hours. According to the latest extreme weather warning issued by EMY, the phenomena will be particularly severe in the Eastern Peloponnese in the Cyclades and in Attica both tonight and Saturday. 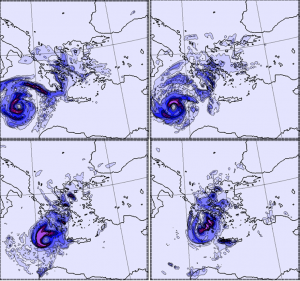 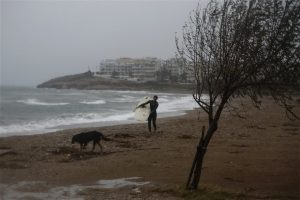 The cyclone will be accompanied by winds with gusts that will reach 11 and 12 Beaufort, which means that the winds will have a speed of 120 to 130 km / h.
Another striking feature that scientists have pointed out is that based on the wave model of the National Observatory / meteo.gr, at midday on Saturday, the height of waves between the Peloponnese and Crete will exceed 11 metres. 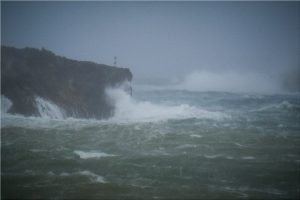 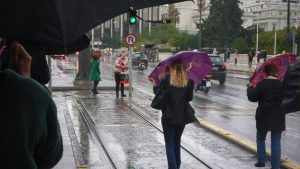 According to an update from the EMY issued on Thursday night, the phenomenon will evolve into two phases. The first phase will include heavy rains and storms in the southern Ionian, the Cretan region and the southern Peloponnese. 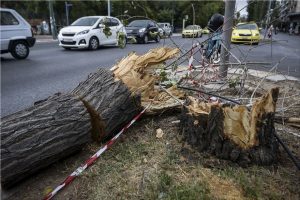 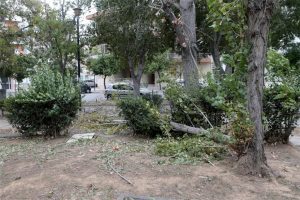 Gradually, during the day, mainly from midday onwards, as this first formation swirls, the system will move north and affect Attica, mainly the southern and eastern regions of the prefecture. 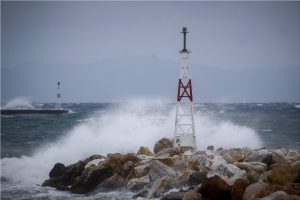 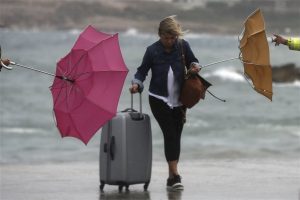 From Saturday, the phenomena will intensify with new rainfall in the southern and eastern Peloponnese, the western Cyclades and Crete, and from the afternoon onwards the system will expand to cover re the east part of the country.

On Friday rains and heavy storms will appear in the southern Ionian, Peloponnese, and in the evening in the Cyclades, eastern Sterea (including Attica), Euboea and possibly Crete. 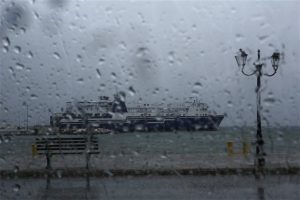 On Saturday, rains and storms will be strong from early in the morning in the south Ionian, southern Peloponnese, Crete, which until midday will affect the rest of the Peloponnese, Sterea (including Attica), Euboea, the Cyclades and possibly the Sporades.