“The good life is one inspired by love and guided by knowledge,” Bertrand Russell wrote in his 1925 treatise on the nature of the good life and how we limit our happiness. For the whole of human history up to that point, such questions had been left entirely to his ilk — the philosophers — and perhaps to the occasional poet. 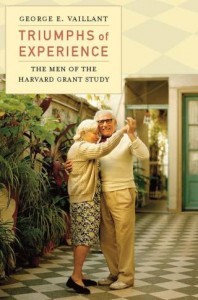 By the following decade, a team of visionary researchers at Harvard had enlisted the tools of science in wresting tangible, measurable, actionable answers to this perennial question of the good life. So began the Study of Adult Development at the Harvard Medical School, better known as the Grant Study — the longest-running study of human happiness. Beginning in 1938 as a counterpoint to the disease model of medicine, the ongoing research set out to illuminate the conditions that enhance wellbeing by following the lives of 268 healthy sophomores from the Harvard classes between 1939 and 1944. It was a project revolutionary in both ambition and impact, nothing like it done before or since.

For some necessary perspective on medicine in the 1930s: Having not yet uncovered the structure of DNA, we knew close to nothing about genetics; mental health was a fringe concern of the profession, with the Diagnostic and Statistical Manual of Mental Disorders still two decades away; the microbiome was an inconceivable flight of fancy. Little progress had been made since Walt Whitman’s prescient case for the grossly underserved human factors in healthcare and the question of what makes for a good life was cautiously left to philosophy. It’s hard for the modern mind to grasp just how daring it was for physicians to attempt to address it. 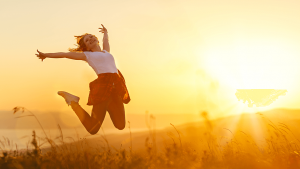 But that’s precisely what the Harvard team did. There are, of course, glaring limitations to the study — ones that tell the lamentable story of our cultural history: the original subjects were privileged white men. Nonetheless, the findings furnish invaluable insight into the core dimensions of human happiness and life satisfaction: who lives to ninety and why, what predicts self-actualization and career success, how the interplay of nature and nurture shapes who we become.

In this illuminating TED talk, Harvard psychologist and Grant Study director Robert Waldinger — the latest of four generations of scientists working on the project — shares what this unprecedented study has revealed, with the unflinching solidity of 75 years of data, about the building blocks of happiness, longevity, and the meaningful life.

For a deeper dive into the significance and legacy of the Grant Study project, see the revelatory book Triumphs of Experience: The Men of the Harvard Grant Study (public library) by Harvard psychologist George E. Vaillant — Waldinger’s predecessor, who spent thirty years as director of this revolutionary study — then revisit his Harvard peer Daniel Gilbert on how our present illusions hinder our future happiness and pioneering immunologist Esther Sternberg on how our relationships affect our immune system.