“William and Kate are doing their best to take after her when it comes to raising George, Charlotte and Louis”

Tomorrow, August 31, 2019, marks 22 years since Princess Diana tragically died in a car crash in Paris, leaving behind her two sons with ex Prince Charles, William and Harry who were just 15 and 12 when she died.

While we have known for years that the brothers, now 37 and 34, are keeping their beloved late mother’s legacy alive by carrying on her humanitarian work and advocating for the causes that they believe in most, new information has been shed on what Diana’s grandchildren know about her. 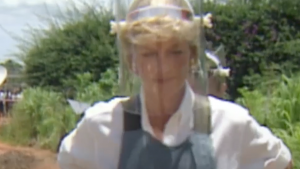 Ahead of the anniversary of Diana’s death, insiders told Us Weekly that the Duke and Duchess of Cambridge have told their oldest two children, Prince George, 6, and Princess Charlotte, 4, about their late grandmother.