South Korea is the country that deployed the first 5G network

5G is hitting the mainstream fast: According to a GSA report, 38 countries had 5G networks as of August and many more have had 5G mobile technology deployed in part. It is in fact expected that 5G will reach 1 billion users in 3.5 years, compared with 4 years for 4G and 12 years for 3G.

North America, Europe, and East Asia are on the forefront of 5G implementation, as our map shows. Investments in the technology are being made in almost every country in South and South-East Asia as well as South America as well. 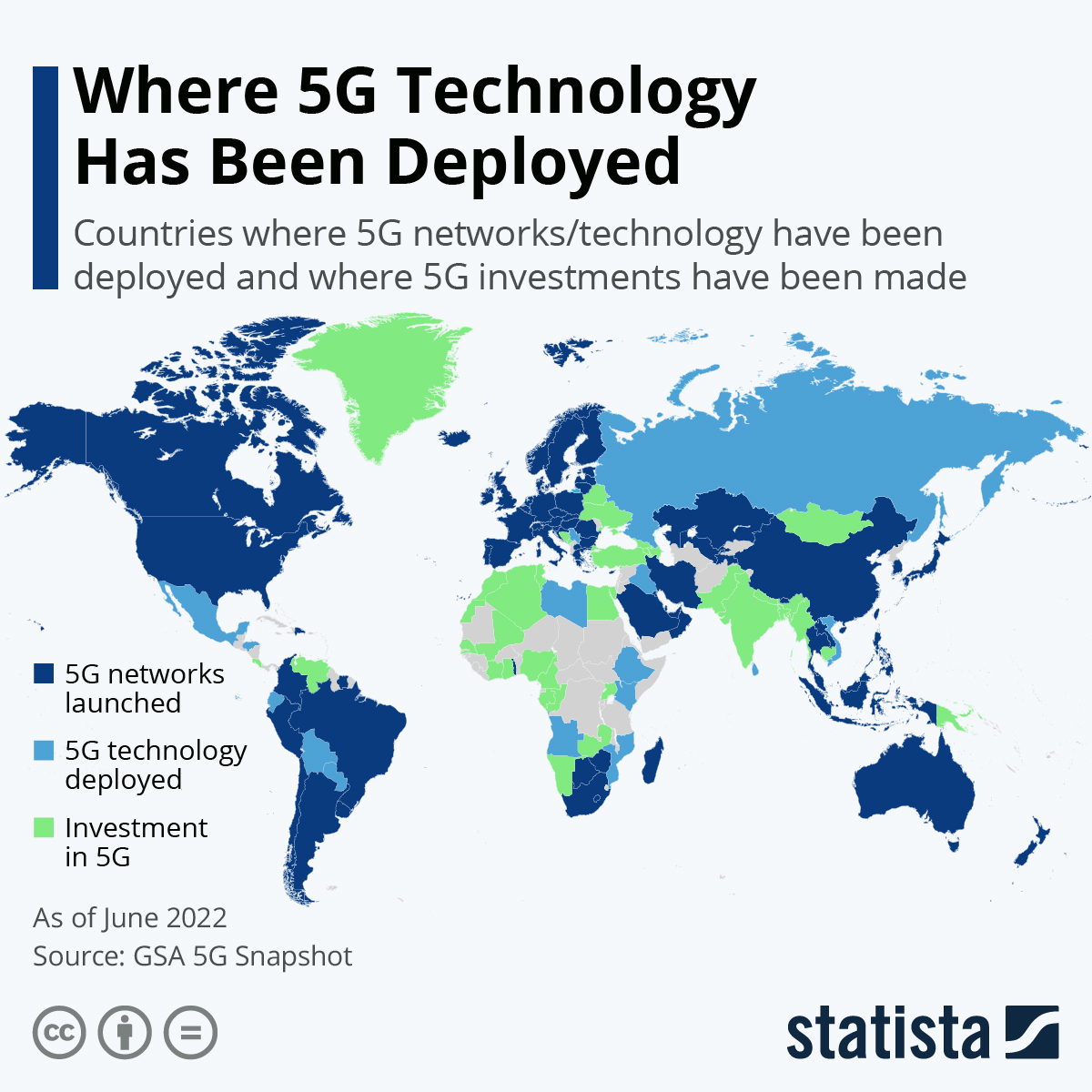