The US is on the top

Crypto education platform Crypto Head recently released a ranking showing that the United States is the world’s most “crypto-ready” country. The research delved into several factors impacting cryptocurrencies around the world such as public interest, the government’s legal stance as well as ownership of digital currency. A further important element was the accessibility of Bitcoin, Dogecoin and co, especially the prevalence of crypto ATMs. That’s right – the digital currency boom has, perhaps surprisingly, resulted in its own ATM network. A crypto ATM is a physical device that allows people to buy cryptocurrencies with cash and their debit or credit card. Some are bi-directional and also allow for the sale of digital currencies for cash.

The U.S. scored 7.3 out of 10 in the Crypto Head ranking, mainly thanks to its dense and growing crypto ATM network. There were 17,436 crypto ATMs across the country in 2021, though that figure has nothing on the 470,000 or so conventional ATMs documented in the U.S. in 2018. It is still far ahead of second-placed Canada which can lay claim to having the first-ever crypto ATM. Canada has 1,464 crypto ATMs while the UK comes third with 200. One concern about the growing network of crypto ATMs is that they can be used for money laundering. That became increasingly clear during the pandemic when cross-border shipments between the U.S. and Mexico were shut down. Criminals then looked to cryptocurrencies to shift large amounts of cash across the border. Even though no solid statistics about this activity have been published, authorities are taking the issue seriously. In Vancouver, the sight of the first crypto ATM machine, discussions about banning them have been taking place directly due to money laundering concerns. 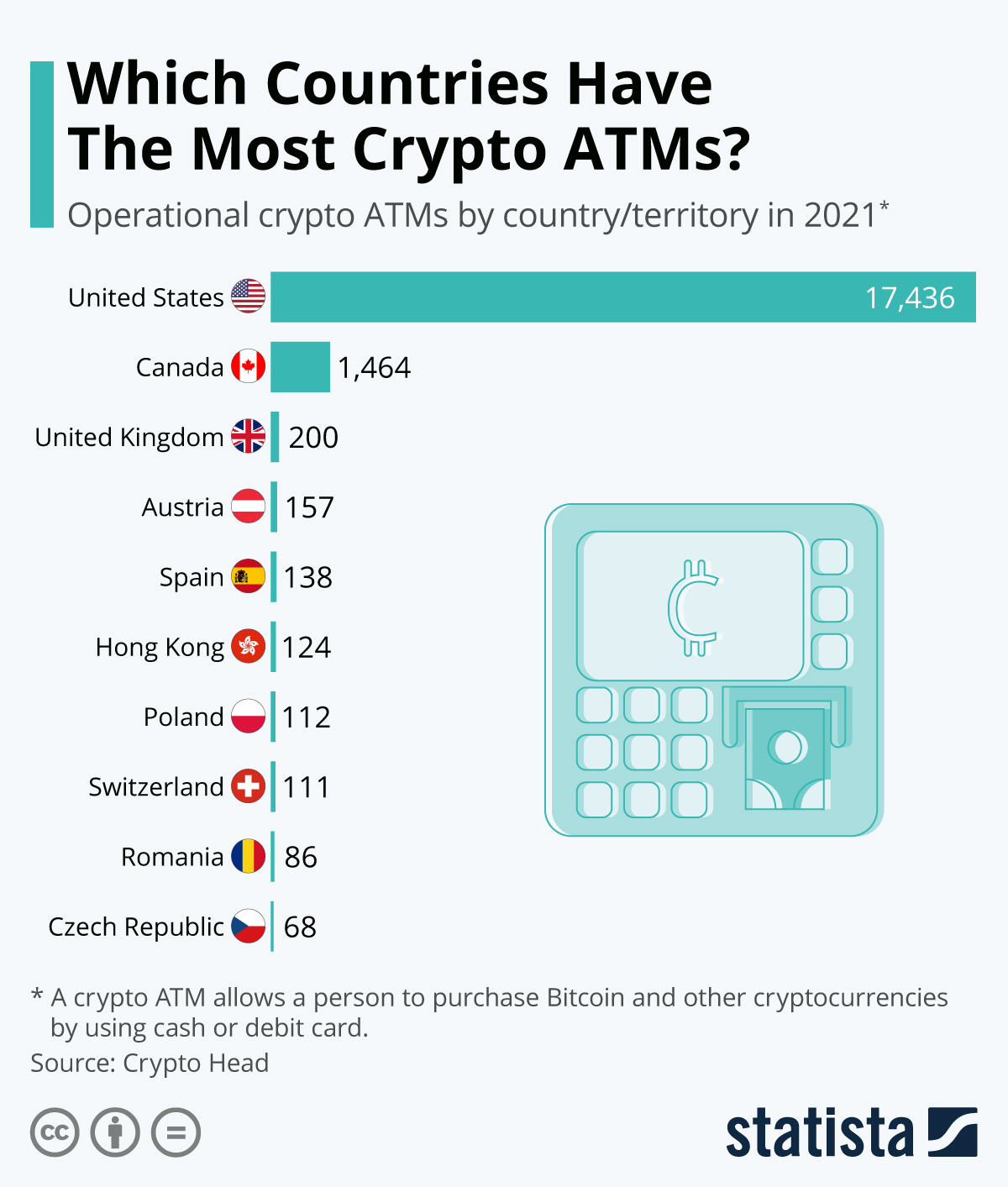