The Peugeot 208 is the first-selling model in Europe, regardless of category, and the Sport Utility Vehicle 2008 is in fourth place overall, placing two of the company’s models in the top five best-selling vehicles in Europe. 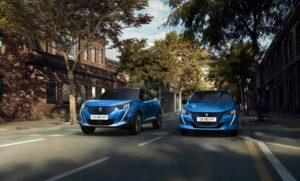 The Peugeot 208 was ranked at the top for the second month in a row on the European table. It is also the first time in the history of the make that the 208 is the first model in sales not only in regards to the absolute sales of the Peugeot brand but also in relation to the total sales of the market.

Peugeot 2008 ranked third in the February order and fourth in the first two months, recording an increase of 64% compared to 2020 in a market that fell by 21%.