It comes as no surprise that among milk options, cow’s milk is the least sustainable in terms of the carbon dioxide emissions and water consumption associated with its production. But the sustainability of plant milks also varies, as seen in a comparison by Science magazine and The New York Times.

Every liter of cow’s milk produced uses up 628 liters of water and generates 3.2 kgs of CO₂. Even the most water hungry among the plant milks, almond milk, reaches only 60 percent of that water use and the biggest polluter among them, rice milk, causes not even 40 percent of the emissions generated by cow’s milk. Soy and oat milk are even more sustainable options when it comes to water use, only requiring a fraction of the water used in the production of cow’s milk.

Since the production of oat and soy milk is so light on the environment, packaging and transport actually becomes the bigger component, according to a report by the BBC. Depending on the location of the drinker, one of the two could be more likely to have been imported from a far-flung location, but its not always easy to find out where the products used in a specific plant milk originated. A common misconception is that soy milk (or soy for human consumption) contributes to the destruction of the Amazon rain forest. For the most part, Brazil grows soy for animal feed, while soy used in tofu and plant milk predominantly come from Europe, North America and China. 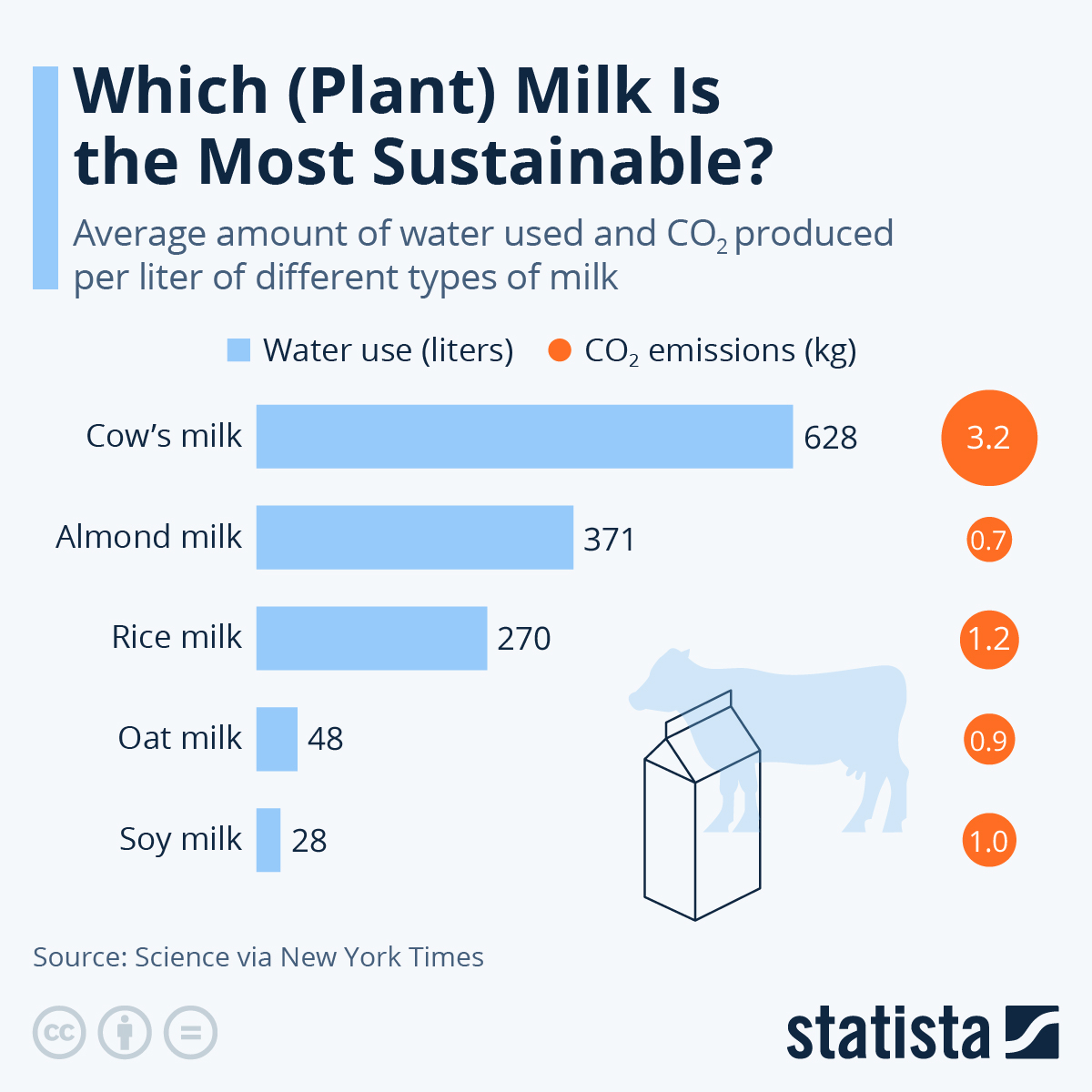