It is the worst in the US

Even though most of the states in the U.S. have passed their own minimum wage laws, the federal minimum wage remains unchanged at 7.25 U.S. dollars since July 2009. Taking this into consideration, it’s no surprise that U.S. residents earning minimum wage on average have to work the longest to simply escape poverty, as our chart indicates.

According to the most recent data by the OECD, single adults in the United States need to work 61 hours a week at minimum wage to make it across the poverty line, which the OECD sets at 50 percent of the country’s median disposable income. In contrast, in a two-parent family with two children, both adults would have to work full-time to not be categorized as poor. The same goes for Malta and Latvia, although in those countries, single adults need to only work slightly more than a 9-to-5 job to cross the poverty line. As example for minimum wage laws in Central Europe, residents of the Netherlands and Spain can get away with working three- to four-day-weeks to make more than half of the median income in their respective countries.

Raising the federal minimum wage in the U.S. has been heavily discussed over the past couple of years, with the correlation between productivity and actual pay being heavily skewed. As data from the Center of Economic and Policy Research shows, a minimum wage adjusted to productivity growth would have to amount to roughly 26 U.S. dollars per hour. 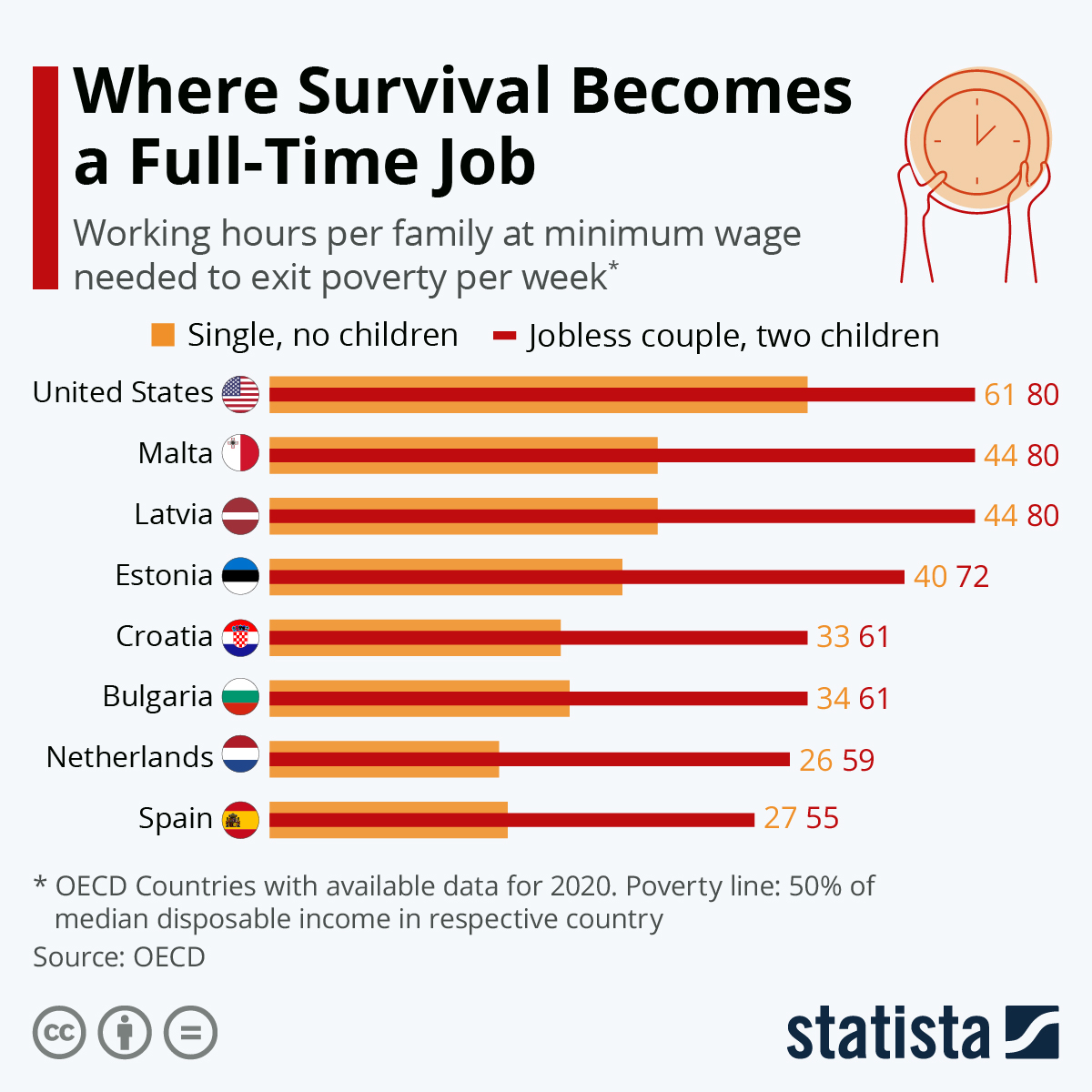