Greek-Australian economist Yanis Varoufakis announced on a blog post that he would be Greece’s new Finance Minister. According to previous interviews, the first thing he will seek to tackle is Greece’s “humanitarian crisis”, a term favored by leftist SYRIZA when it was in the opposition.

“It is preposterous that in 2015 we have people that had jobs, and homes, and some of them had shops until a couple of years ago, that are now sleeping rough”, he told Channel 4.

Varoufakis was born in Athens in 1961 and moved to England to study mathematical economics at Essex. He earned his PhD in mathematics and statistics and has taken on university appointments at Cambridge, East Anglia and Glasgow. Varoufakis, prolific social media user and oft-quoted personality, maintains that his life-long interest is “games theory.” He holds a tenured position as a professor at the University of Athens and has even served as a visiting lecturer at the University of Texas. He co-authored “A Modest Proposal for Resolving the Eurozone Crisis” with prominent left-wing economist James Galbraith. 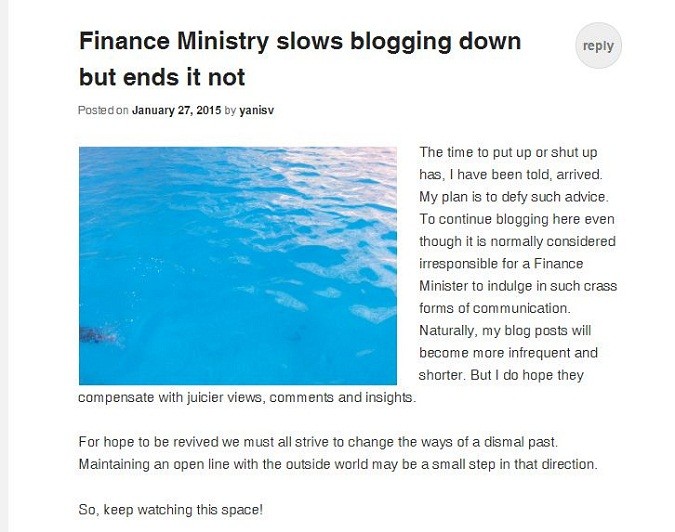