Flamboyant Greek Finance Minister Yanis Varoufakis is increasingly being mocked by political opponents as the country’s “champagne socialist” or the most “elegant erratic Marxist”, in the wake of a photoshoot showing of his Acropolis-view apartment and decision to put his holiday home — pool included — on the isle of Aegina up for sale.

The decision to rent his upscale holiday home up for €5,000 was seen as a blow to the credibility of the university academic-cum game theorist who insists on walking to and from Parliament and who shows off the fact that he travels economy class for his official meetings. The celebrity ‘Paris Match’ photoshoot showing him and his wife in their elegant apartment with the Acropolis in the backdrop and eating al fresco — not gauche caviar — was a bad decision generating ridicule and taunts.

No sooner did the article come out than Varoufakis downgraded his living standards, moving to more modest housing on Mavili Square, next to the US embassy.

As part of the downgrade, the couple is now renting out the picturesque villa on the isle of Aegina with its infinity pool, glass walls overlooking a beautiful landscape and sparkling blue waters. 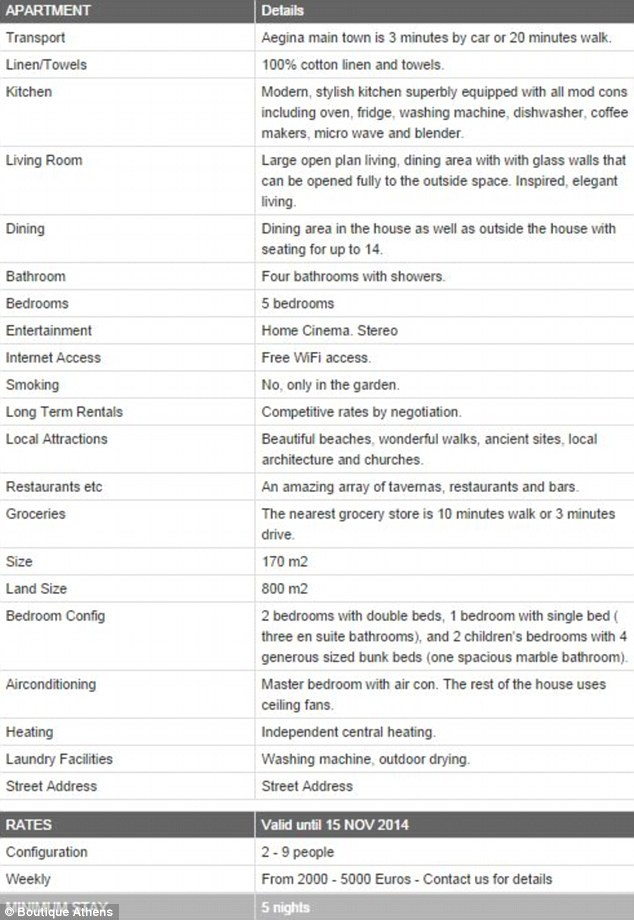 Despite being privileged, Danae claims to share the ideology of her husband. Unfortunately, the props of their personal life do not match their ideology. While PM Alexis Tsipras was accused of living in a middle-class flat without many luxuries, Varoufakis is blamed for doing just the opposite, even though he claims that these assets belong to his wife’s family.