A thousand “zombie” protesters have descended on Hamburg in protest against the two-day G20 summit between the “political elite” to be held in the northern German city on Friday.
The performance protesters dressed in grey from head to toe and, for several days ahead of the beginning of the summit, have been popping up in small groups across the city in silent, eerie protests. 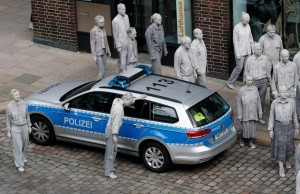 Their performance piece culminated in a large gathering on Wednesday (local time), when organisers said about 1,000 volunteers walked slowly through the city.
The activist group, called Gestalten, said they wanted the G20 to stand for a more open, egalitarian society, rather than power in the hands of the few.
Organiser Sven Kammerer said the group wanted to send a symbol of solidarity and political participation out to the world. 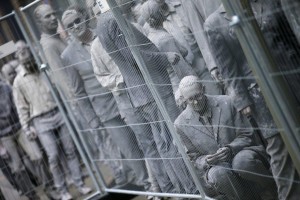 Similar forms of protests kicked off around the city, including a public rave in the harbour on Wednesday night. Several protests are planned throughout the summit.
Hamburg boosted its police presence in the area with reinforcements from around the country and will have 20,000 officers on hand to patrol the city’s streets, skies and waterways for the two-day summit. 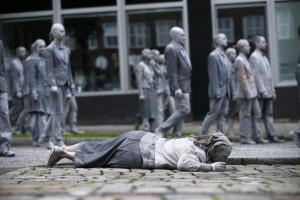 Officials estimated about 8,000 protesters from Europe’s violent left-wing scene would be in the city. Hamburg’s police chief said known activists coming in from Scandinavia, Switzerland, Italy and elsewhere were being tracked.