Turkey is by far the first

In the latest UNHCR report on forced displacement, and to the backdrop of an annual 12 percent increase in forcibly displaced people to 79.5 million, UN High Commissioner for Refugees Filippo Grandi warned: “We are witnessing a changed reality in that forced displacement nowadays is not only vastly more widespread but is simply no longer a short-term and temporary phenomenon.”

In this chart we focus on more data from the report, highlighting the countries which are currently hosting the most refugees. Acting as a geographical stepping stone to the European Union for the millions fleeing the conflict in neighboring Syria, Turkey is home to by far the largest amount of refugees at 3.6 million. Colombia, neighbor of crisis-hit Venezuela hosts the second largest amount – 1.8 million. 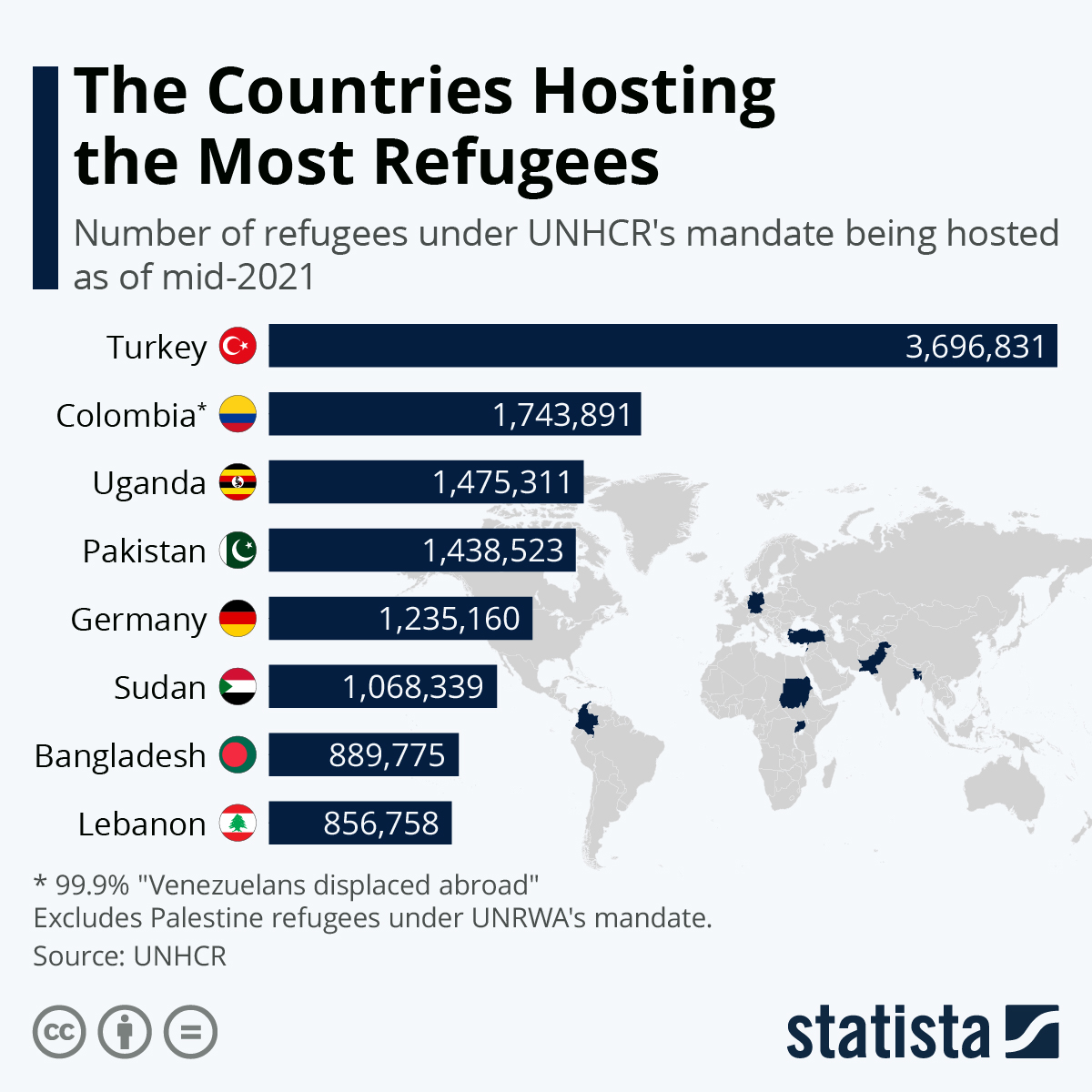