The US is the best prepared

According to tracking by Johns Hopkins University, nearly 3,000 people have been infected by the coronavirus, the vast majority of them in China. One case was recently confirmed in Germany. The coronavirus has also slowly spread to some neigbouring countries with cases reported in Thailand, Japan, Malaysia, South Korea, Vietnam and Singapore.

Even though Chinese authorities have said that they have observed evidence of person-to-person transmission, health officials across the globe are preparing to take all the necessary measures. That raises the question: which countries are the most and least prepared to contain large outbreaks of disease? In October of last year, the Global Health Security Index was released and it assessed levels of global health security across 195 countries. It specifically analyzed levels of preparation by focusing on whether countries have the proper tools in place to deal with serious disease outbreaks. Countries were scored on a scale of 0 to 100 where 100 is the highest level of preparedness.

The United States was named as the country with the strongest measures in place and it came first with 83.5 out of 100. The United Kingdom came second with 77.9 followed by the Netherlands with 75.6. China, which has initiated a series of lockdowns in response to the outbreak, comes 51st with a score of 48.2. This map shows levels of preparation across the world and Africa’s vulnerability is immediately noticeable. It has struggled with serious diseases in the past and in 2014 a major Ebola outbreak devastated parts of West Africa, killing over 10,000 people. So far, no country in Africa has reported a confirmed case of the coronavirus. Nevertheless, the continent has some of the weakest countries when it comes to containing disease with Equatorial Guinea (16.2) and Somalia (16.6) the worst scoring countries in the Global Health Security Index. 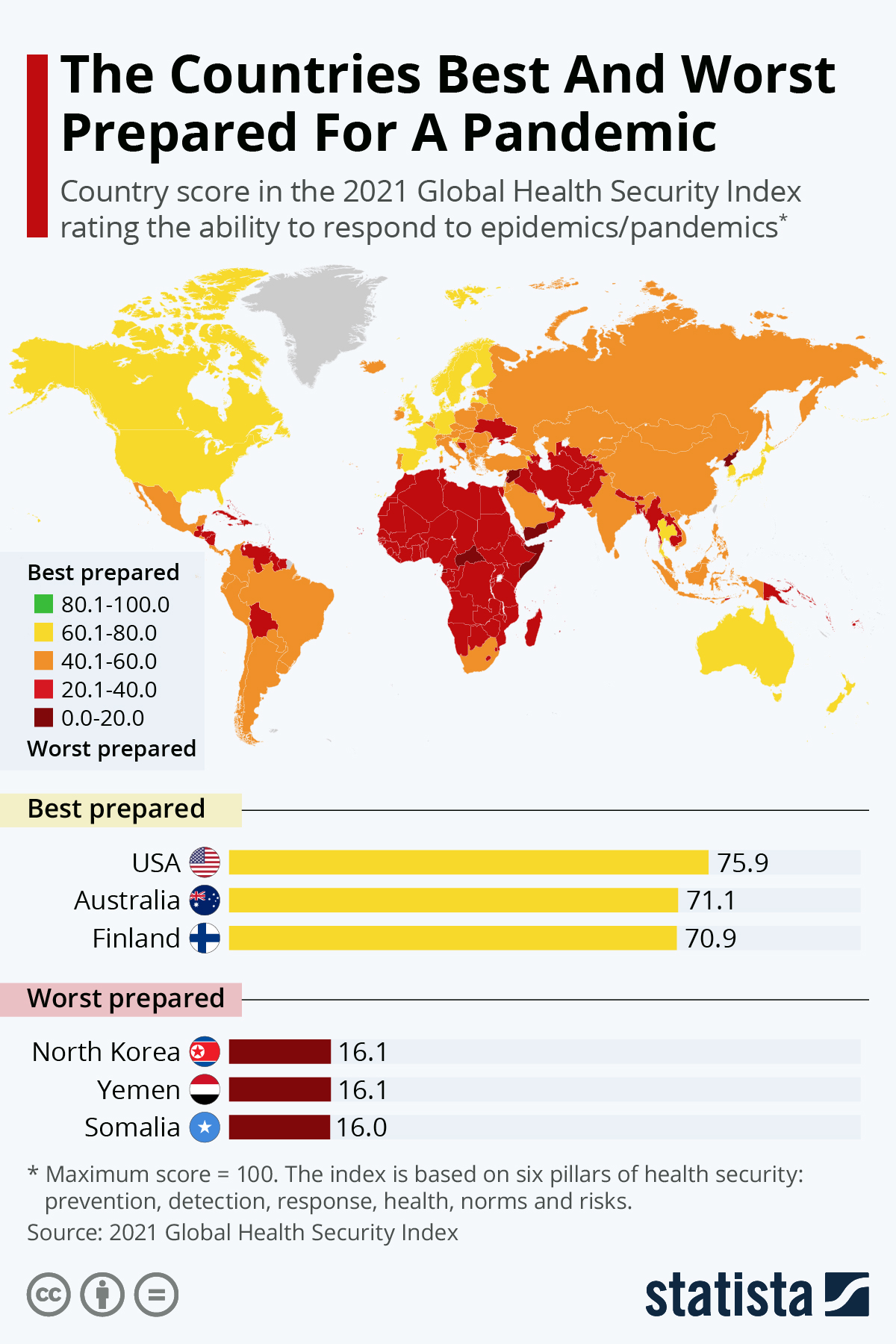