2020 saw an increase in the number of people killed in air crashes around the world despite the Covid-19 pandemic leading to a dramatic reduction in the number of operational flights. Aviation Safety Network data released in early January shows that there were eight fatal airliner crashes registered and 314 deaths. The number of fatal airliner crashes was the lowest ever recorded in a full year and both figures are below the industry’s five-year average. It is also important to mention that they take into account two incidents where airliners were inadvertently shot down, killing 182 passengers and crew.

ASN states that industry studies found that the global air traffic volume in 2020 was just half of 2019 with around 19 million fights operated, equivalent to the total number in 1999. Back then, ASN registered 43 fatal accidents for the year that resulted in 689 fatalities, illustrating the strides that have been made in aviation safety over the past 20 years. 2017 remains the safest year on record with 10 fatal accidents registered and 44 deaths. Even though progress has been made in recent years, challenges remain and ASN outlines two from 2020 that need to work: approach and landing accidents along with commercial flights through conflict zones.

Kyriakos Mitsotakis proposed a vaccination certificate to the EU

India and Turkey saw runway excursion accidents in 2020 with 23 fatalities which shows that work needs to be done in preventing runway overruns and ensuring environments adhere to International Civil Aviation Organization guidelines (ICAO). The organization also outlined improvements that are necessary for following ICAO guidance on flights through conflict zones. It comes after the shooting down of a Ukraine International Airlines Boeing 737 in Iran in January of last year while an East Express Airways aircraft were also downed in Somalia in May 2020. 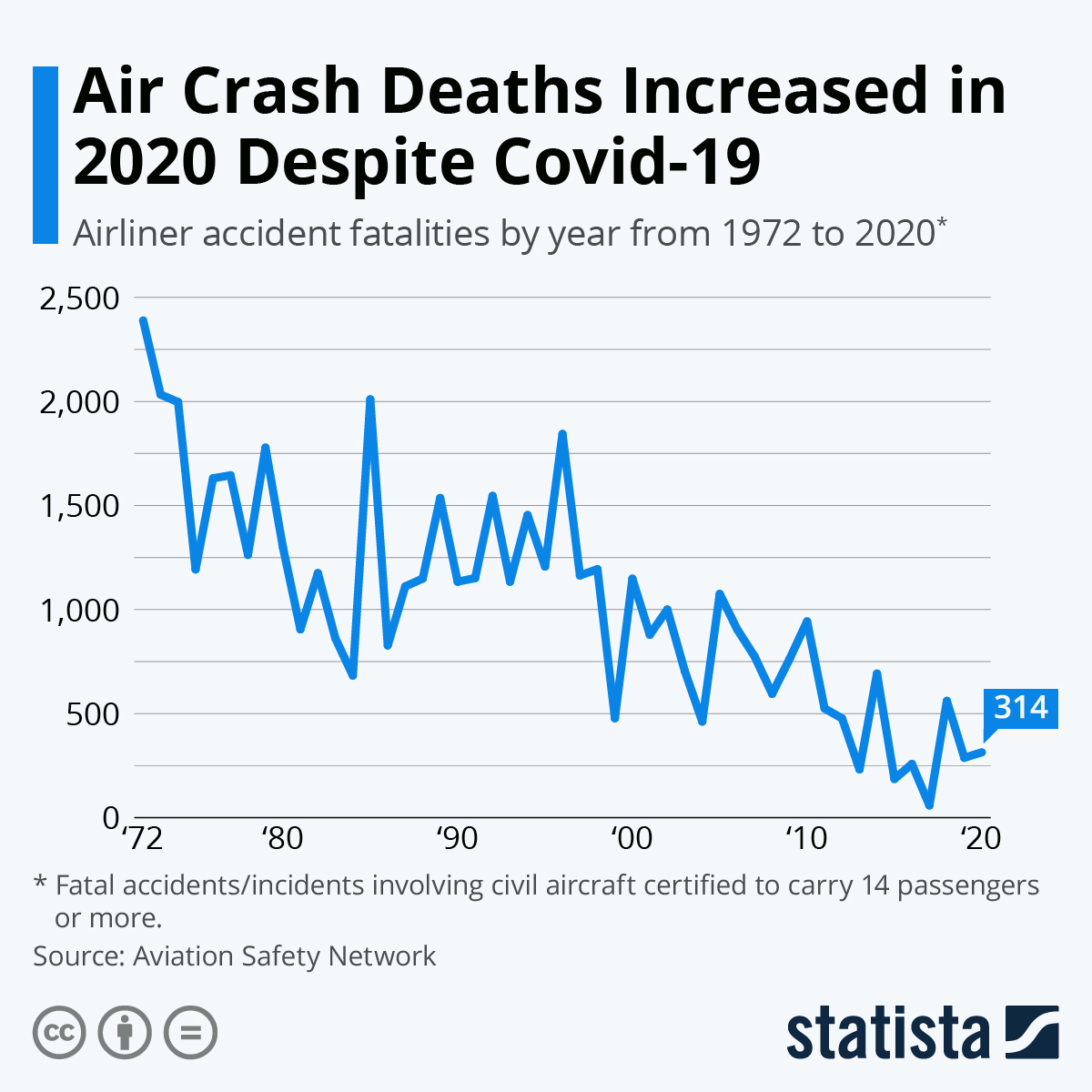