And it is not the first time it happens…

According to the website Himara.gr, the Democratic Party’s vice-president Edi Paloca threw paint on the Albanian Prime Minister Edi Rama in the Albanian parliament. 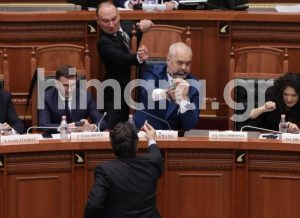 Paloca quickly left his position and approached Rama with a syringe containing paint.

The Parliament’s security intervened immediately and the Speaker of the House removed Paloca from the Chamber. 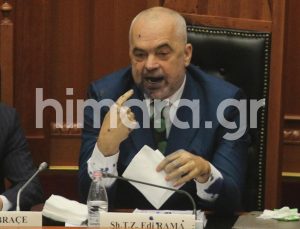 What supposedly triggered the reaction of the Democratic party’s vice president was Edi Rama’s derogatory comment about the party’s president Lulzim Basha, calling him “a little boy who does not know what he says”.