1 a.m. PM A. Tsipras, in a TV address, described proposals from Greece’s creditors as “humiliation” and “unbearable” – He said that the proposals would be put to a referendum for the Greek people to decide on July 5.

2 a.m. Depositors run to ATM machines to withdraw their cash. Huge lines in the middle of the night. Continued withdrawals until machines are emptied of cash. 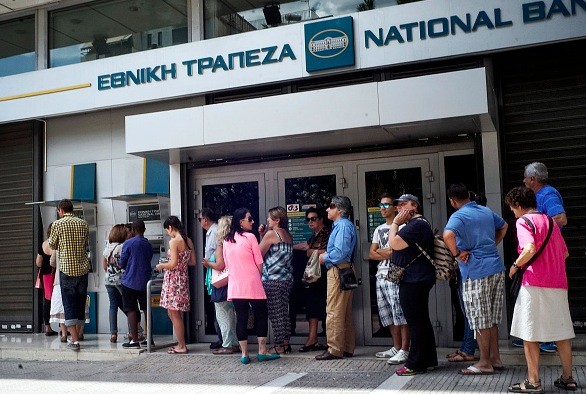 2.30 a.m. German Chancellor Angela Merkel, French President Francois Hollande and European Commissioner Jean-Claude Juncker were notified on the referendum, with the latter reportedly furious when he heard the decision.

4 a.m. The French newsagency reported that the creditors offer on which the referendum was to be based had been recalled. Eurozone ministers would discuss alternative at Saturday’s Eurogroup

9 a.m. The Euroworking Group prepared the agenda for Saturday’s Eurogroup

noon. Reports came through that hotels and other businesses on islands had stopped accepting credit card transactions in the fear that banks would be closed on Monday. Only cash. 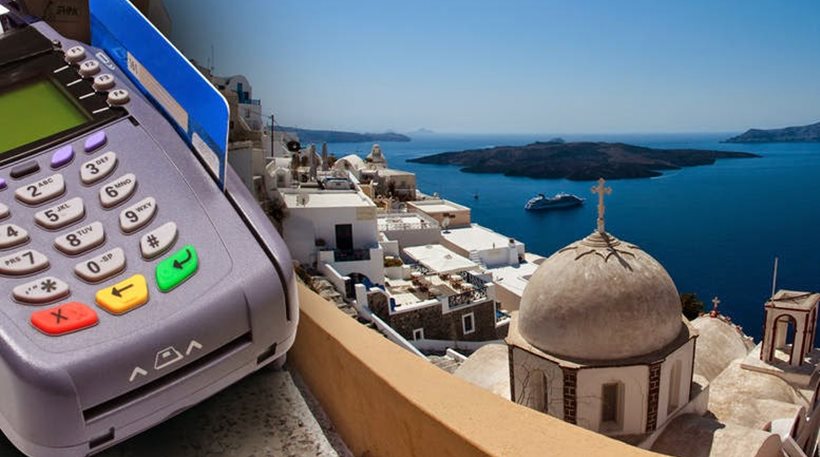 1.30 p.m. Eurogroup Chief Jeroen Dijsselbloem’s representative said that a proposal by Greece’s creditors was still on the table.

2.40 p.m. Creditors took back the offered deal, citing PM A. Tsipras’ decision to hold a referendum as the reason. They also rejected the Greek PM’s request for an extension to the Greek program

2 p.m. Deutsche Bank, in an emergency communique stated that Europeans may not approve of Greek PM A. Tsipras’ request for an extension to the Greek program 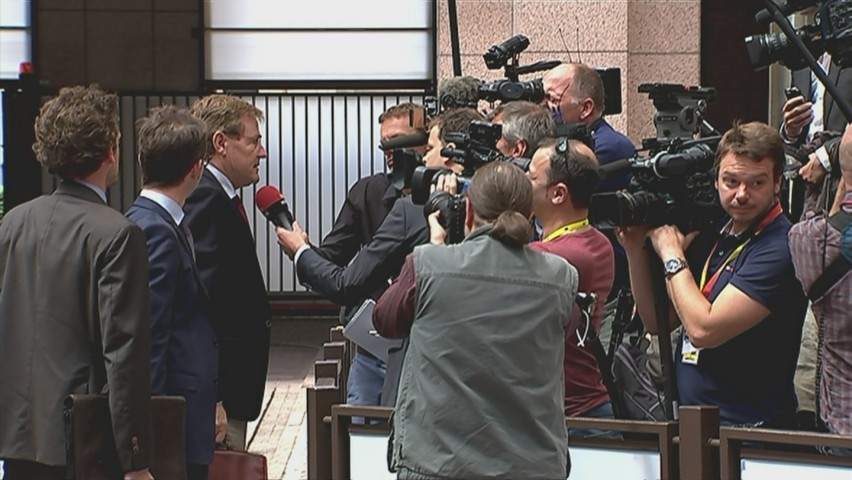 3.30 p.m. Finance Minister W. Schaeuble says there is no basis for further negotiations with Greece.

5.30 p.m. It appeared that Eurogroup had ended, but this was later said to be a recess. Sources said PM Y. Varoufakis was trying to convince his counterparts to extend the program for a month. 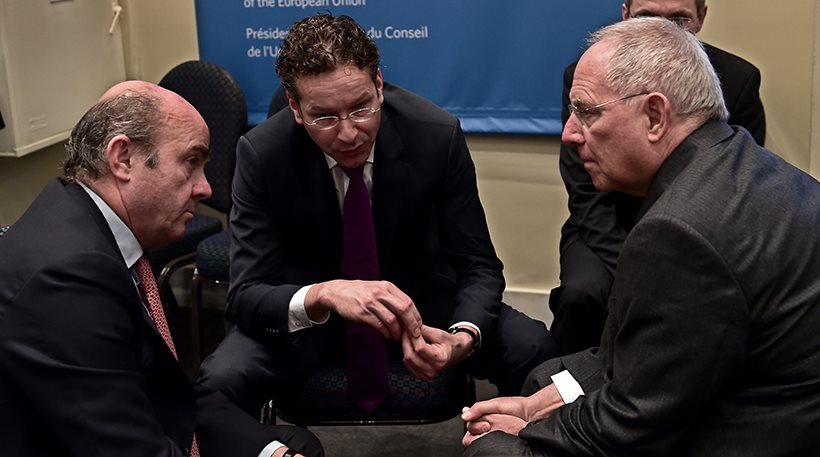 6.15 p.m. In an unprecedented move, Eurozone finance minister kick their peer, Greek Finance Minister Yanis Varoufakis out of the meeting and continue discussions without him.

6.30 p.m. The Eurogroup reconvened with 18 members, discussing the future of Greece without Greece. 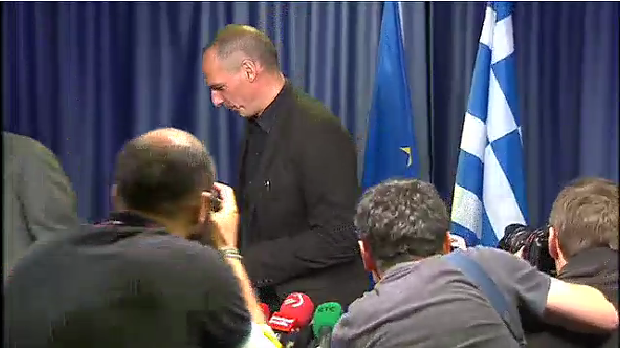 7 p.m. Greek Finance Minister Yanis Varoufakis gave a press conference by attacking other Eurozone ministers for not endorsing the Greek request for an extension of the Greek program for a few days to allow the Greek people to vote on their proposals.

7 p.m. Greek Parliament plenary session convenes to vote on whether a referendum will be held on July 5. 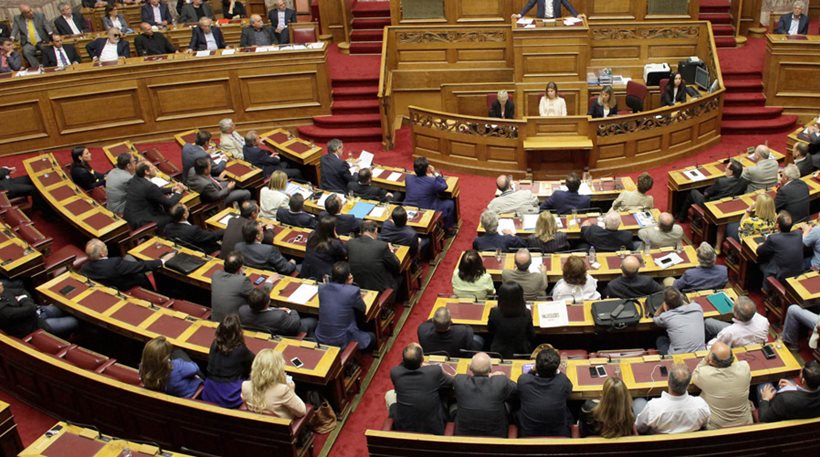 7.20 p.m. The Eurogroup issues a statement recallng “the significant financial transfers and support provided to Greece over the last years” as the “current financial assistance arrangement with Greece will expire on June 30, 2015, as well as all agreements related ot the current Greek program.”

9 p.m. Eurogroup Chief Jeroen Dijsselbloem states that though the Greek program will expire on June 30 all other options are open. He stressed that the Greek government walked out of negotiations when these were ongoing. 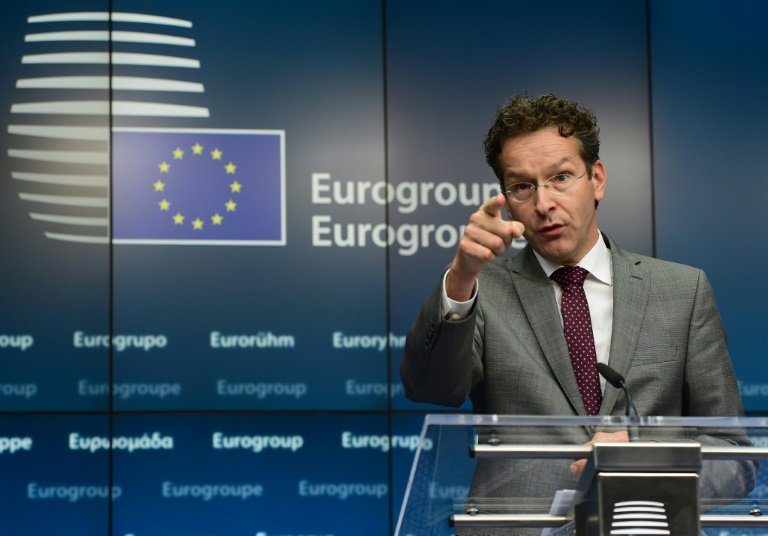 10 p.m. Unnamed official says the Athens Stock Exchange will not open on Monday if there is no liquidity injection by the European Central Bank via its Emergency Liquidity Assistance Mechanism

midnight Main Opposition New Democracy Leader Antonis Samaras was critical of the government’s decision to call a referendum stating that the agreement presented to the creditors by the Greek government was worse than any previous bailout. He stormed out along with ND ministers after a disagreement with Speaker of the House Zoe Konstantopoulou and then returned almost half an hour later to continue his speech. 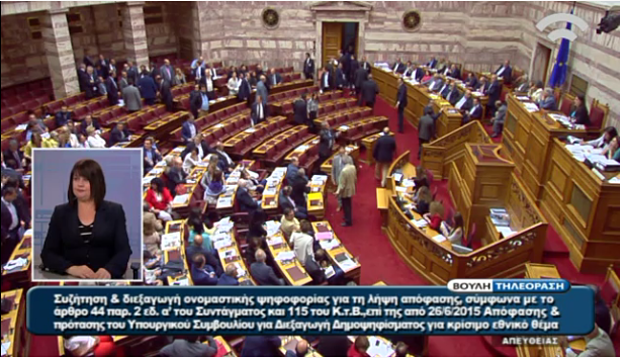 1 a.m. PM A. Tsipras delivers a defiant, repetitive, long-winded speech stating that Greece will not be made a “debt colony” for decades to come! Just 24 hours after announcing plans for the July 5 referendum he takes the podium to defend this decision. 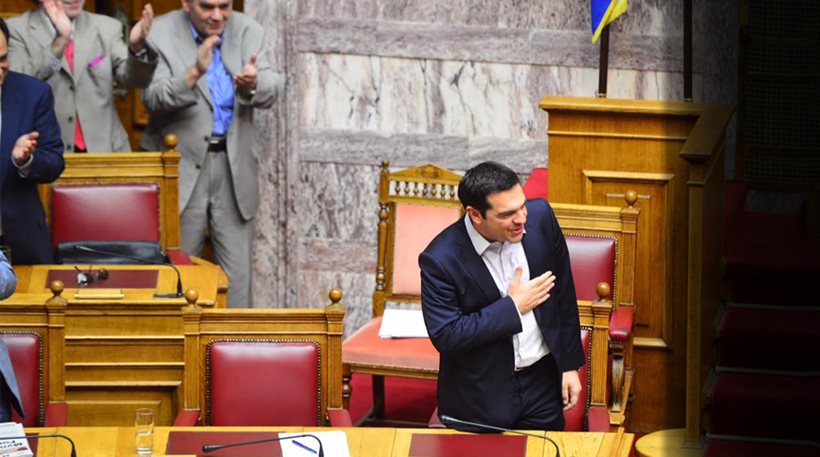 2 a.m. IMF Chief Christine Lagarde tells CNBC that Greece will have to pay off the IMF tranche on June 30 and implement reforms, adding that the eurozone is more protected from any fallout from Greece than it had been in 2011.

2.40 a.m. Parliament voted for a referendum on July 5 on the question on whether the proposal of the Institutions (that is now OFF the table) should be accepted or not. The vote count was 178 yes, 128 No and 2 absent.

2.50 a.m. Former socialist PASOK leader Evangelos Venizelos presented a declaration characterizing the vote as unconstitutional, but this motion was overturned by the plenary.