The remains of 14 more victims were found in the ashes of a massive Northern California wildfire, bringing the total number of deaths from blazes raging across the state to at least 25, officials said Saturday.

Butte County Sheriff Kory L. Honea said the 14 bodies were recovered in the Camp Fire, thought to be the most destructive wildfire in state history. Nine deaths had previously been reported in that fire.

Two bodies also were found in the burn zone of the Woolsey Fire in Southern California, officials said.

“I know that members of our community who are missing loved ones are anxious, and I know that the news of us recovering bodies has to be disconcerting,” Honea said. “I will tell you that we are doing everything that we possibly can to identify those remains and make contact with the next of kin.”

“My heart goes out to those people. I will tell you that this weighs heavy on all of us,” he said.

Watch as a family prays for safety whilst fleeing a wildfire in California – nine people have been killed and more than 250,000 people have had to flee for safety from the fires. pic.twitter.com/oAxkN4H6Ry 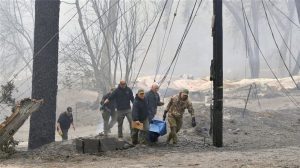 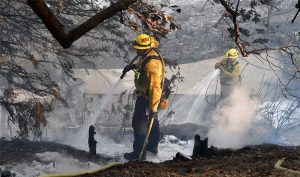 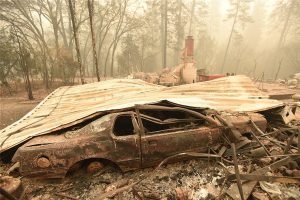