The news report below is from 2012. It is relevant today as it proves that before any dictatorship the citizens are disarmed. Looking at identical examples of the past (USSR, Nazi Germany etc.) and the government violence that escalates in Venezuela today with more than 32 civilians killed, we can understand why the Chavez/Maduro regime passed this law back in 2012. 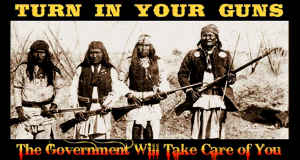 Venezuela has brought a new gun law into effect which bans the commercial sale of firearms and ammunition.

Until now, anyone with a gun permit could buy arms from a private company.

Under the new law, only the army, police and certain groups like security companies will be able to buy arms from the state-owned weapons manufacturer and importer.

Venezuela saw more than 18,000 murders last year and the capital, Caracas, is thought to be one of the most dangerous cities in Latin America.
‘Must do more’

The government has been running a gun amnesty in the run-up to the introduction of the new law to try to encourage people to give up their illegal arms without fear of consequences. 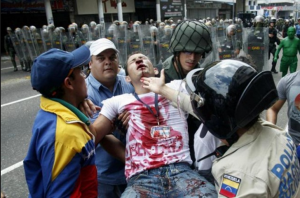 One member of the public in Caracas told the BBC: “They’re killing people every day. This law is important but they need to do more, they’re not doing enough now.”

Hugo Chavez’s government says the ultimate aim is to disarm all civilians, but his opponents say the police and government may not have the capacity or the will to enforce the new law.

Criminal violence is set to be a major issue in presidential elections later in the year.

According to a recent United Nations report , South America, Central America and the Caribbean have the highest rates of murder by firearms in the world.

It found that over 70% of all homicides in South America are as a results of guns – in Western Europe, the figure was closer to 25%. 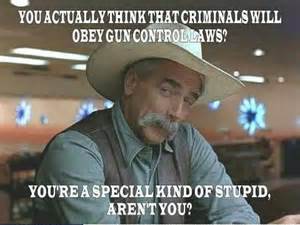