A fisherman brought a humongous tuna fish weighing in over 100 kilos in the coastal city of Preveza, western Greece.

The big fish was caught in the Ionian and weighs up to 130 kg.

Locals arrived at the city’s bay to marvel at the rare catch. The fisherman started cutting up the fish immediately

Tuna (Thunnus) is a well-known fish of the mackerel family. Its length can reach 2.5 meters while its weight up to 250 kg.

These fish migrate all year round and are usually found in deep water, but in May and June they come out in shallower waters for breeding. Large tuna are fished mainly in the Ionian. 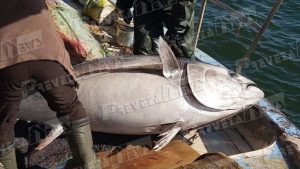 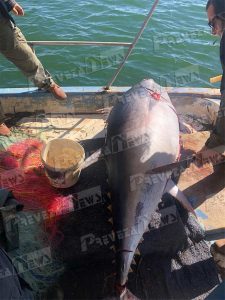 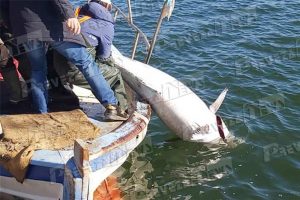 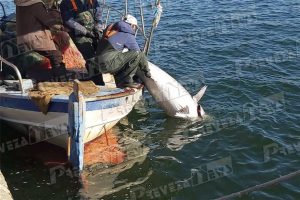