In a move that sounds more industry-shaking than it is, LG Electronics announced its decision to shut down its smartphone business by July 31. In a statement published on Monday, the South Korean company explained that its exit from the “incredibly competitive mobile phone sector” would allow it to “focus resources in growth areas such as electric vehicle components, connected devices, smart homes, robotics, artificial intelligence, and business-to-business solutions, as well as platforms and services.”

In recent years, the former smartphone trailblazer – LG even preceded the iPhone with its first touchscreen phone, the LG Prada, in 2006 – had been relegated to an also-ran in the increasingly competitive smartphone industry. With Chinese brands like Huawei and Xiaomi quickly gaining popularity outside of their home market, LG saw its market share slip to low single digits globally. According to estimates from Counterpoint Research, the company shipped 24.7 million devices in 2020, which is equivalent to a market share of just 1.9 percent. 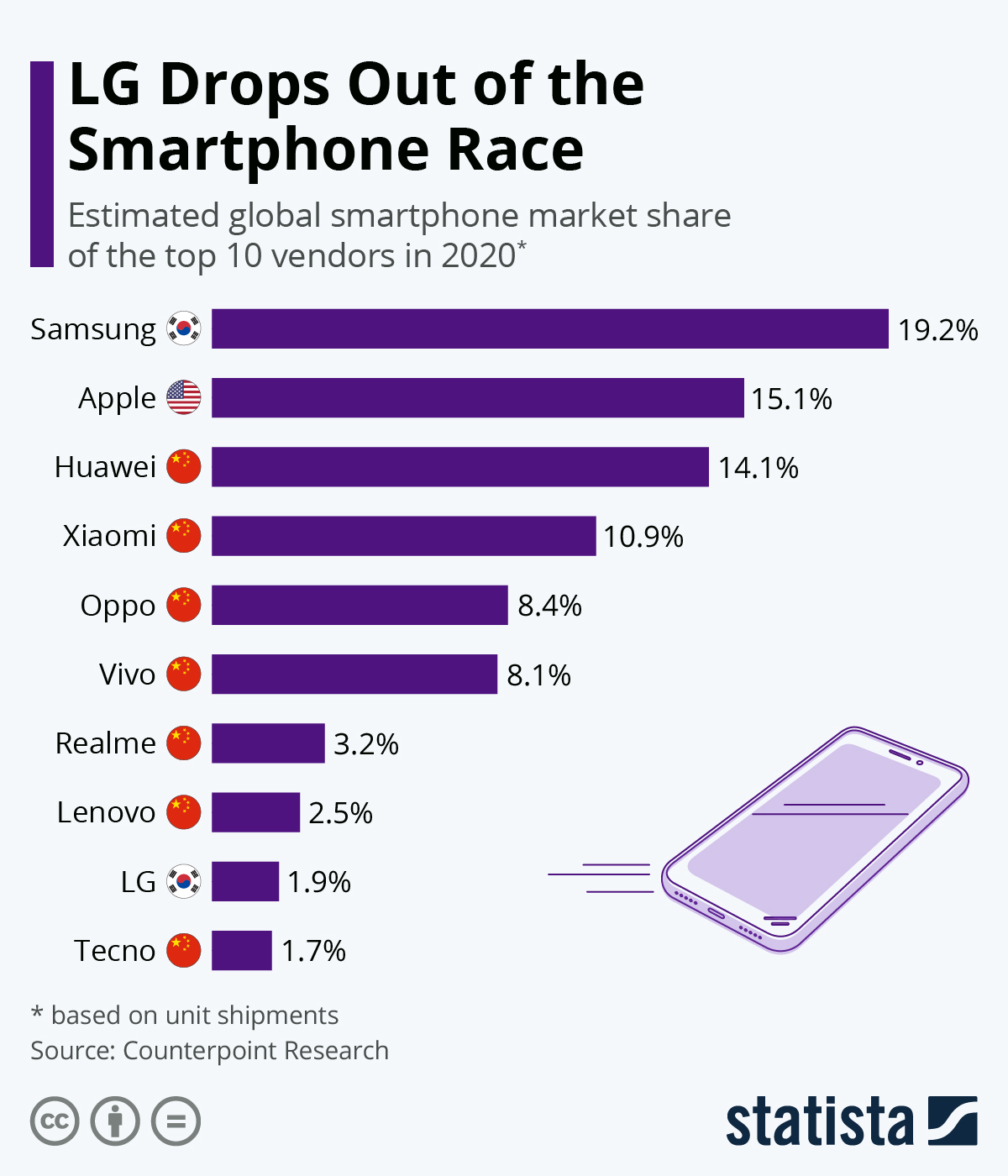