The last time a similar rhetoric was used, was in Germany, right before the beginning of WWII…

According to the Turkish news website Duvar, President Erdogan ordered members of his ruling party AKP stand up and recite an oath during a parliamentary group meeting. AKP members were seen doing the Rabia sign while standing up upon Erdogan’s orders.

Speaking during a weekly parliamentary group meeting on February 24th, Erdogan slammed the opposition over various issues before urging AKP members to stand up and do the Rabia sign, a Muslim Brotherhood gesture that has become Erdogan’s favorite.

In the video Erdogan can be seen saying, “Are you ready? Let’s stand up. One nation. One flag. One homeland. One state”, as AKP members repeated after him.

It is hard to fail to notice the similarities with the rhetoric used by Adolf Hitler, right before the beginning of WWII.

It is this increasing number of similarities that make more analysts worldwide lose their sleep every day, over the wider Turkish agenda. 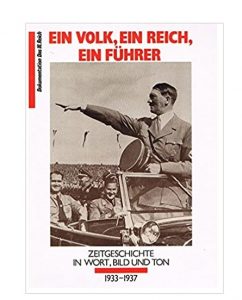 (trnsl. “One nation, One empire, One leader“)