According to analysis by charity Oxfam

According to analysis by charity Oxfam, “wealthy nations representing just 13 percent of the world’s population have already cornered 51 percent of the promised doses of leading Covid-19 vaccine candidates”. Globally, deals have been agreed on for a total of 5.3 billion doses of vaccines currently in the final phase of clinical trials – of which there are currently five. The lion’s share of which, 2.7 billion has gone to countries such as the United States, the United Kingdom, Australia and Japan.

As covered in this infographic, Oxfam expects this to mean that “even in the extremely unlikely event that all five vaccines succeed, 61 percent of the world’s population will not have a vaccine until at least 2022. It’s far more likely some of these experiments will fail, leaving the number of people without access even higher.”

The prices at which these doses are being sold has also come in for criticism. Oxfam’s research shows that options for the entire supply of one of the vaccines have been sold to ‘rich nations’ at the cost of up to $35 per dose, “putting protection out of reach for many people living in poverty”.

Anna Marriott, Health Policy Advisor at Oxfam, commented: “These figures reveal how pharmaceutical monopolies are being protected at the expense of people’s health and the global economy. While countries like the UK are understandably concerned about securing enough doses, until they challenge monopolies these deals will leave many poorer nations out in the cold. Most importantly, we will never be able to produce a vaccine at the scale required until corporations share their knowledge free from patents. We need a People’s Vaccine, not a profit vaccine.” 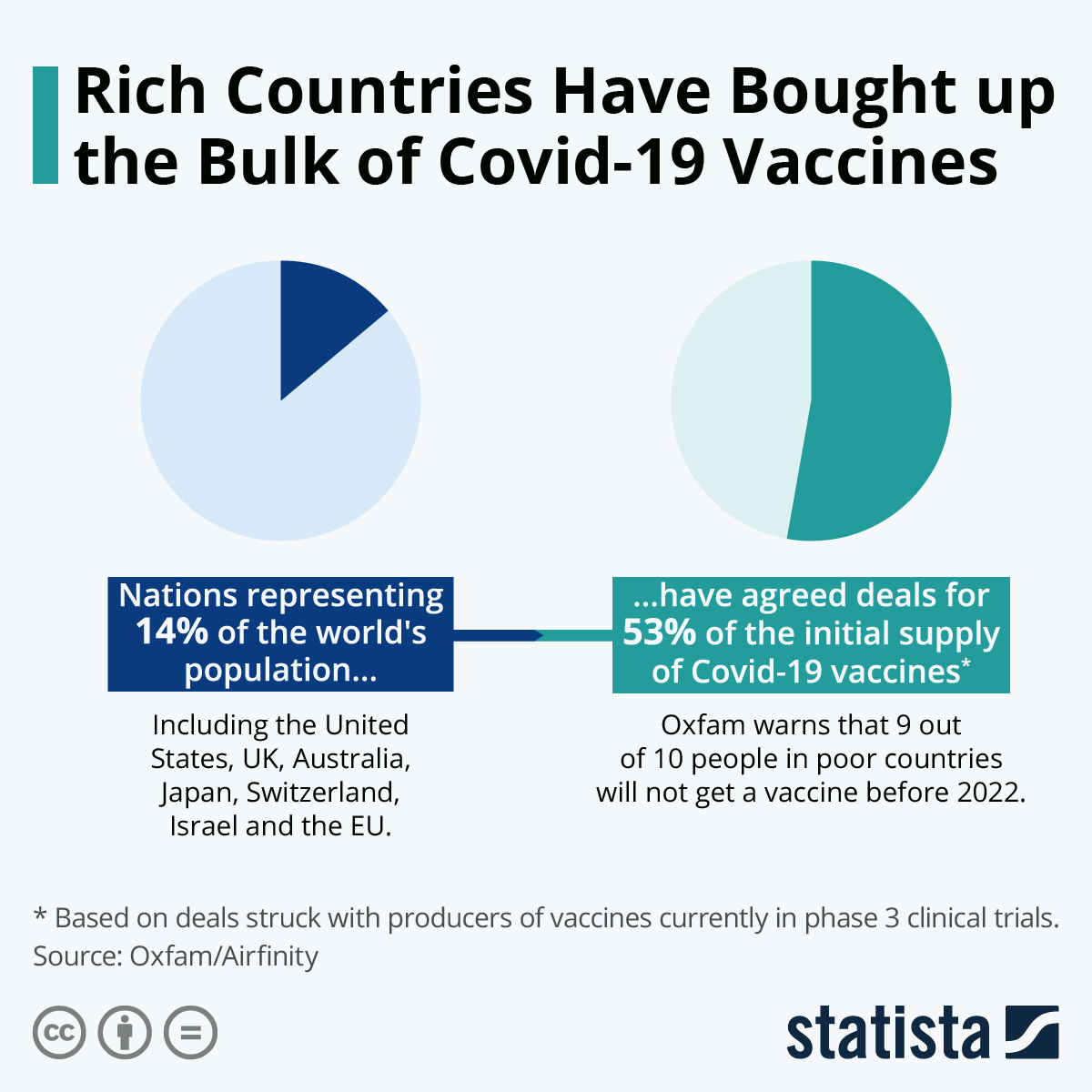