The first official “teaser” & the mural with the Greek Byzantine writing

About three years ago, in the fall of 2017, the movie “Justice League” was released in theaters. However, it turned out to be a…catastrophic failure, both artistically and commercially.

Soon after, information began to leak that there was another version of the film, which lasted 3,5 hours and was the real “vision” of its creator, Zack Snyder. The director, however, failed to complete the film, as after the suicide of his daughter, he withdrew from any professional activity.

Since then, the “myth” of the “Snyder Cut” has been circulating, which has “grown”, with fans of the DC Comics universe begging to see what Snyder had in mind.

And after three years, it seems that the time has come for their wish to come true, as Zack Snyder himself has released the first official “teaser” of the film, in which we see the actress Gal Gadot (as Wonder Woman) and the villain Darkseid.

In 34 seconds, the video shows Wonder Woman, with a torch, discovering “Darkseid”. The image of the DC comics hero is depicted in a mural, with the name in Greek Byzantine writing. Although the suffixes show Greek origin, reading the two words can hardly make sense for a Greek-speaking person: “Skotomidis Darkseidos”.

Skotomidis Darkseidos is one of the “bad guys” in the DC world, from the planet Apocalypse. The only connection that can be found with anything Greek is the inspiration of the heroine “Wonder Woman”, who is said to have come from the Amazons. “Wonder Woman”, according to the story of comic magazines, was the one that managed to stop him, before taking over the whole world. 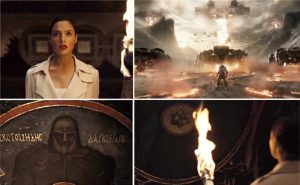 In addition, it seems that one of the goals of Darkseid was to discover the location of the Olympian Gods (as they are depicted in the American comic book version…), in order to overthrow them and steal their powers.

According to watchandchill.gr, the “Zack Snyder’s Justice League” will be available through the streaming service HBO Max in 2021, while it has not yet been confirmed whether we will see it as a movie or a mini TV series. 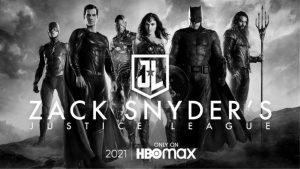