Greece was not included in the survey

The extent to which the COVID-19 pandemic has affected countries varies vastly, connected in part to the respective government’s handling of the situation. These national responses can be worlds apart – both in terms of efficacy and as survey data from YouGov shows, the subsequent level of public approval, too. Greece, which was heaped with praise by global media on its swift and effective response to the pandemic, was not included in the survey.

In the UK, where the government’s response has been heavily criticised, the net approval rating (calculated by subtracting ‘handling badly’ from ‘handling well’ responses) is the joint-lowest of all countries surveyed. Also with a rating of -15 is Mexico, where President López Obrador originally downplayed the severity of the pandemic and is now struggling to find the right balance between prioritising public health and protecting the economy.

Telegraph: How Greece moved early and decisively to keep Covid-19 out

How Greece is beating coronavirus despite a decade of debt

At the other end of the scale, Vietnam has so far recorded just over 300 cases and zero deaths. In contrast to Mexico, Vietnam’s ‘overreaction’ to the crisis is thought to be the reason for the astonishing results achieved so far. To compare to the countries at the bottom of the ranking, Our World in Data figures have the number of deaths per million people for the UK and Mexico at 596.07 and 104.79, respectively. 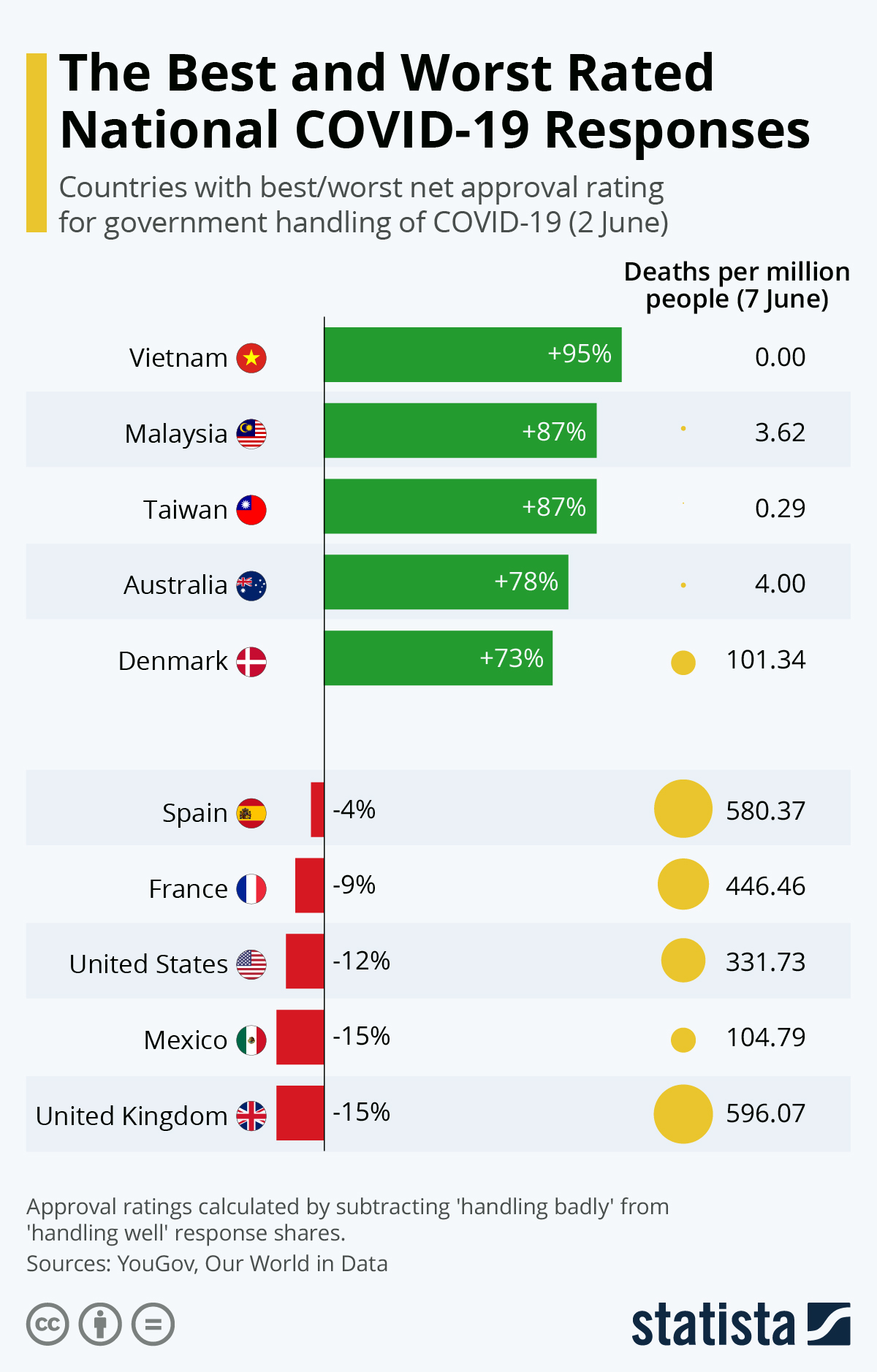