The U.S is unsurprisingly at the top

When a single U.S. nuclear-powered aircraft carrier sets sail, it usually boasts an air wing of 90 fixed-wing aircraft and helicopters, a force more powerful than the vast majority of air forces on the planet. Given that the U.S. Navy possesses 11 such vessels in addition to amphibious assault ships capable of operating fast jets, it hardly comes as a surprise that the U.S. military operates the most combat aircraft of any country by a considerable distance. The U.S. Air Force, Army, Navy and Marine Corps collectively operate just over 13,000 military aircraft according to the 2021 World Air Forces report released by Flight International in cooperation with Embraer.

Despite the F-35 coming into service, the F-16C remains the most common combat aircraft in the U.S. inventory with 803 in service. It is also the most common fighter jet in service globally, according to the report, with 2,267 being operated by various air forces. Russia has the world’s second largest fleet of military aircraft in 2021 with just over 4,000 in service. The Su-27/Su-30 Flanker is still the backbone of the Russian Air Force and it is the second most common fighter jet in service today with around 1,000 being used by a long list of operators such as Ukraine, India and Malaysia. It is now being supplemented in service by the advanced Su-57.

Putin to Biden: Whatever you say [about others] is what you are yourself

China has the third largest inventory of military aircraft, according to the report, with 3,160 machines in service. Once again, the vast majority of these are indigenous versions of the Flanker, though Beijing has made progress in bringing its own designs into service with the J-10 and stealthy J-20 notable examples of advanced Chinese engineering. Neighboring India comes next on the list with 2,119 aircraft on its books. It has also brought its own domestic aircraft, the HAL Tejas, into service. India’s fleet of aircraft is something of a logistical nightmare with Russian-made Su-30s, MIG-21s and MIG-29s in service, along with French-made Rafales and Mirage 2000s, British/French Jaguars and some of the latest U.S. hardware such as the P-8 Neptune maritime patrol aircraft and AH-64 Apache attack helicopter. 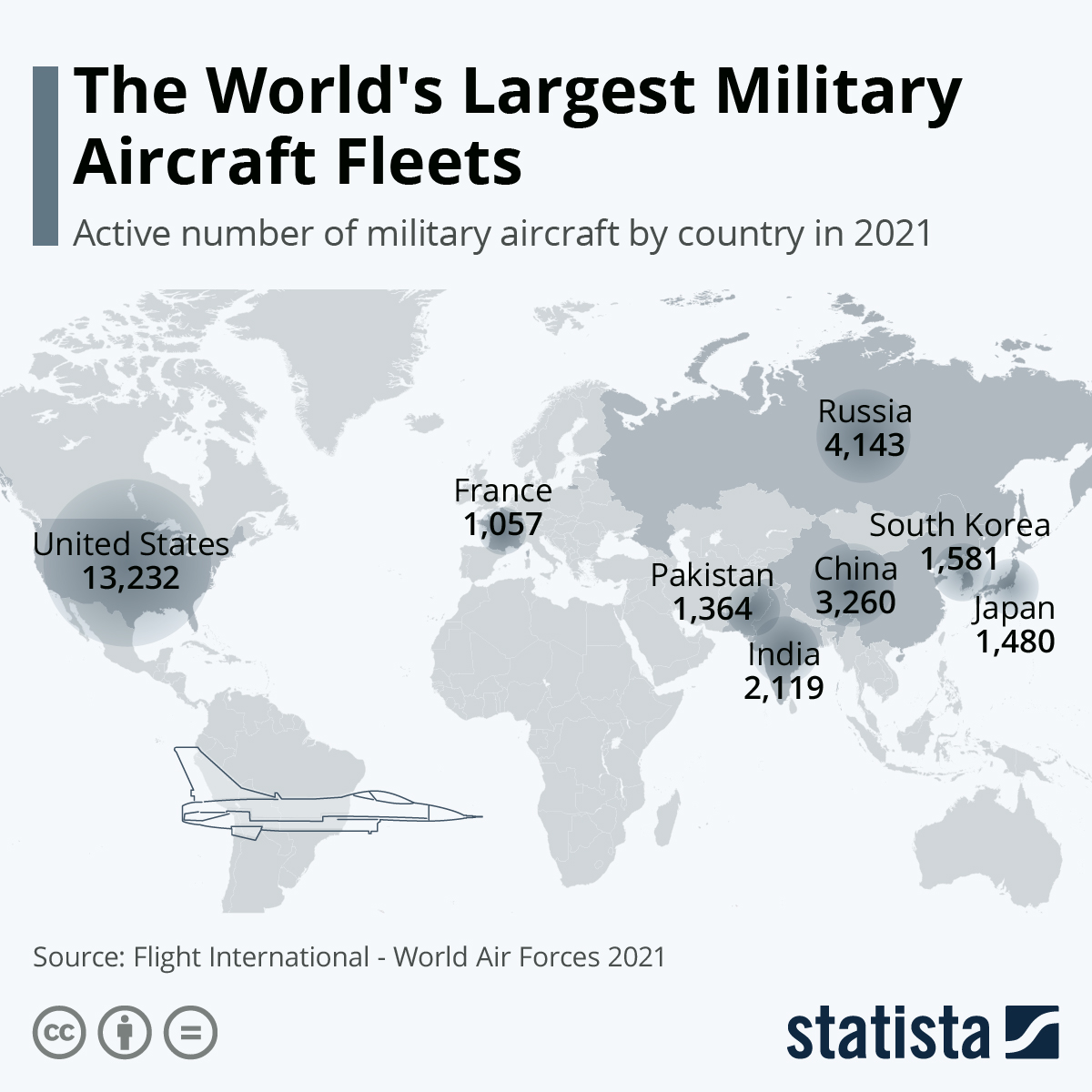 Tags With: aircraft fleetgloballargest in the world