In a video call obtained by HuffPost this week, the UK foreign secretary Dominic Raab was recorded saying: “I squarely believe we ought to be trading liberally around the world. If we restrict it to countries with ECHR-level standards of human rights, we’re not going to do many trade deals with the growth markets of the future.” Expanding on his approach, Raab added: “I can think of behaviour that would cross the line and render a country beyond the pale. But fundamentally I’m a big believer in engaging to try and exert positive influence even if it’s only a moderating influence”.

While it remains unclear what would qualify as ‘beyond the pale’ for the current government, as this infographic shows, even in Europe the ECHR adjudged many cases of human rights violations in 2020, with Russia accumulating the most at 173 – the largest share of which were for ‘right to liberty and security’ and ‘right to a fair trial’. The UK itself was twice found to have committed a human rights violation (in the category ‘right to respect for family and private life), while only a handful ended last year with no violation judgments to their name. 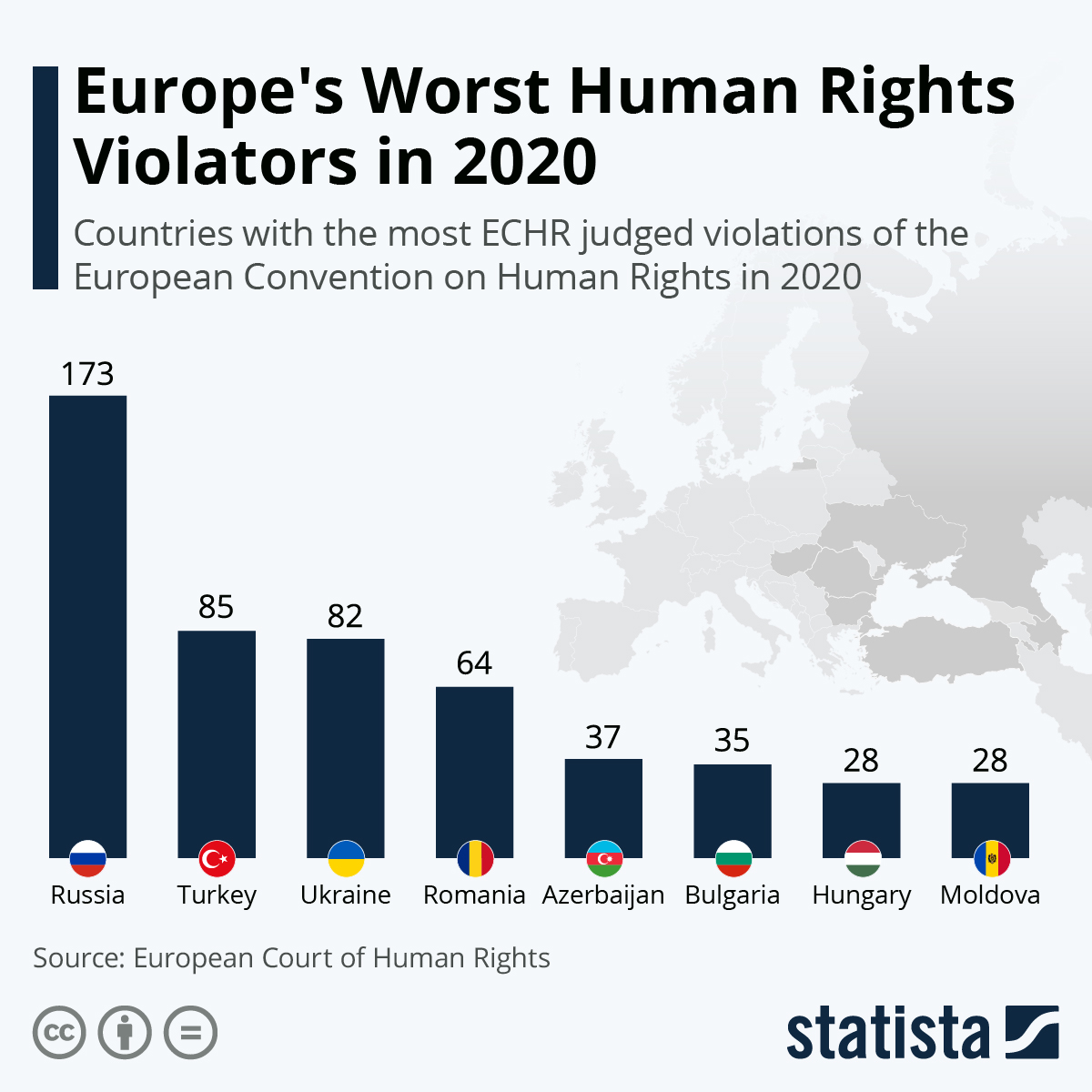