Over the past years the city of Istanbul (Constantinople) in Turkey has turned into a hotbed for training young children as Islamist jihadists and the enforcement of Sharia law. According to an intelligence paper by Turkish authorities published in newspaper Aydinlik, the general prosecutor of Istanbul for terrorism is questioning 35 individuals suspected of setting up and running Jihad youth training camps. Images of young children holding Kalashnikov weapons and wearing Islamist head bandanas and Jihad symbols have surfaced. The children can be seen swearing to fight unbelievers. The heads of the centres have reportedly recruited thousands of young children from Muslim families. The largest recruiting camp is reportedly in the suburb of Sultanbeyli on the Asian side of Istanbul. According to the newspaper, the weapons seen in the photos come from ISIS in Syria. 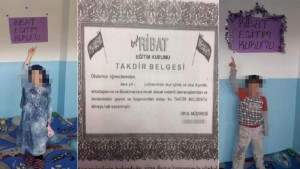 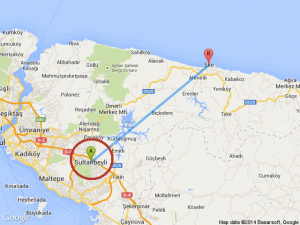