The probe, named Al Amal, or Hope in English, is scheduled to reach the red planet by February of next year

On July 19, the United Arab Emirates successfully launched their first-ever rocket mission to Mars. The probe, named Al Amal, or Hope in English, is scheduled to reach the red planet by February of next year and remain in orbit for one full Martian year – or nearly two years on Earth.

The UAE is just the seventh country in history to attempt to launch a mission toward Mars. The main two, the Soviet Union (now Russia) and U.S., first sent successful probes in the 1960s and 1970s. While Japan and China have also sent missions to Mars, only the European Space Agency and India have been successful.

The Hope probe is just one of three international missions to Mars scheduled this summer. Both China and the U.S. are scheduled to launch rockets containing orbiters, landers and rovers to Mars by late July or early August. The 2020 race to Mars has some speculating whether another great space exploration race will emerge in the world. The occupation of space territory has become a contentious topic among legal and political figures in recent years, notably culminating in the creation of the Space Force in the U.S. in what may be a preliminary measure to secure future space exploration territory. For China, President Xi Jinping has publicly stated the country is looking to make up for being behind in space exploration technology over the past half-century, and hopes to build a “powerful space nation.” 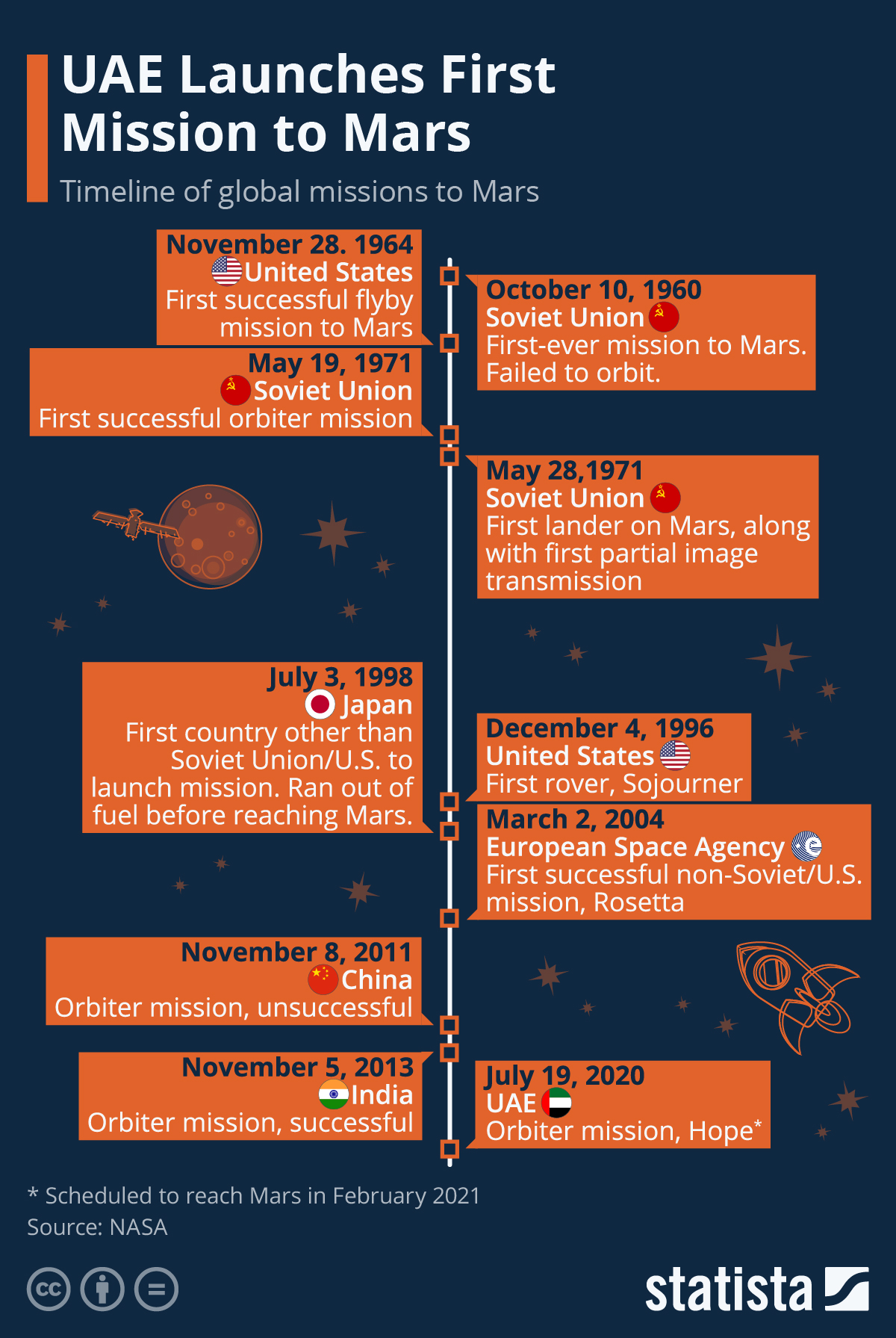