As though the mysteries of the ancient tomb of Amphipolis weren’t enough, now there is the ancient Antikythera shipwreck that has yielded new finds shielded by a veil of secrecy!

An international team of underwater archaeologists working at the ancient shipwreck of Antikythera since last month have been exploring it afresh using a revolutionary new deep sea diving suit, the exosuit. A great deal of secrecy surrounds the exploration with reports that an official announcement regarding amazing finds will be made on October 9, quite possibly in the presence of Prime Minister Antonis Samaras. 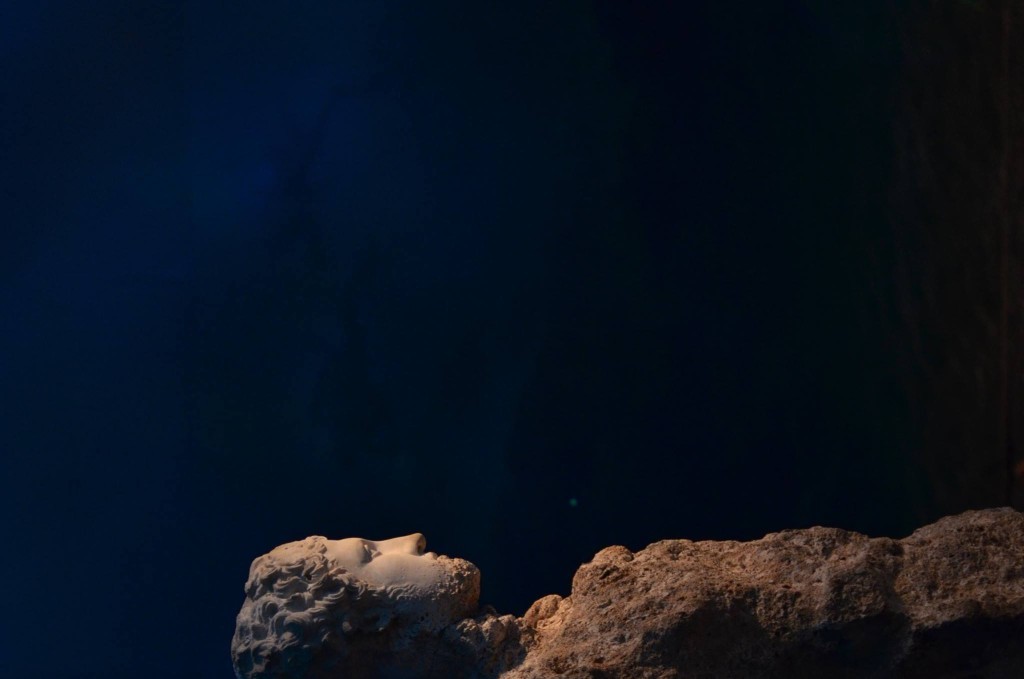 Sources state that archaeologists have managed to find treasures from the same 2,000-year-old shipwreck that yielded the Antikythera mechanism, the world’s oldest analog computer. Amongst the list of antiquities said to have been located is a bronze spear of 2.20 meters in length, a gold ring, an anchor, metal parts of a bed and clay vessels 200 meters from the ship. 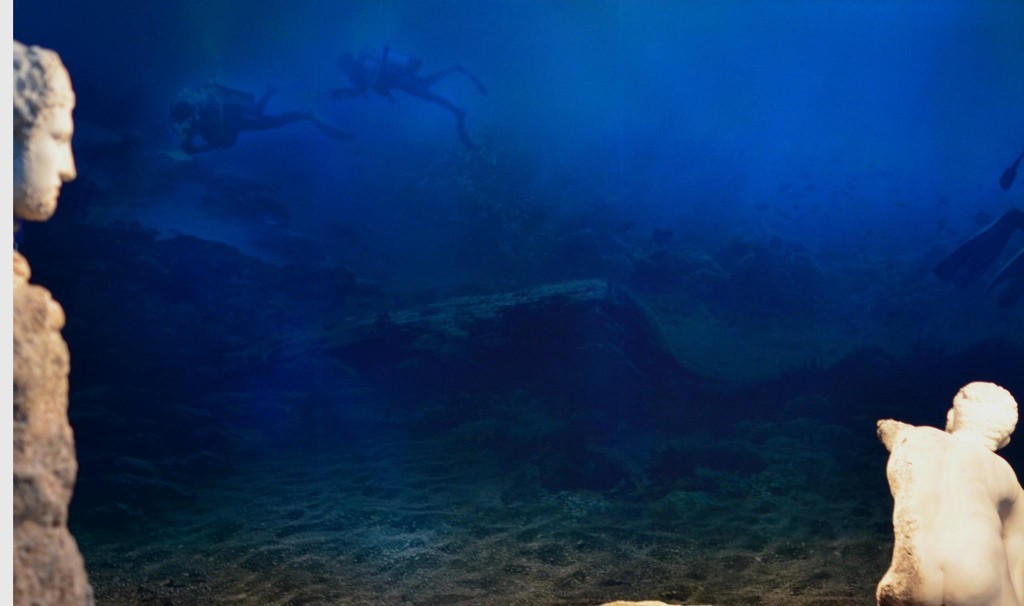 The gold ring and other jewels were located near a female skeleton, possibly belonging to a woman traveling from Asia to Italy with her dowry in a journey that was interrupted at around 60-50 B.C. and forgotten in time. The wreck was later discovered by Greek locals in the 1900s and drew French explorer Jacques-Yves Cousteau’s attention in 1976. 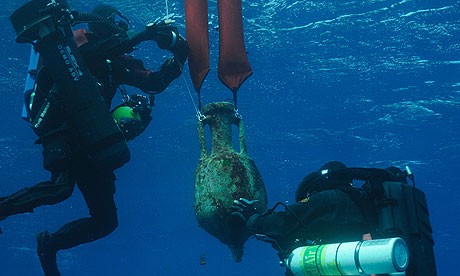 These finds and more were to have been presented on Friday on the isle of Kythera, however the presentation took place in the presence of eminent speakers without any announcements being made. Press reports had pointed to an expected visit to the wreck by Mr. Samaras on October 5. Now, the Ministry of Culture has forbidden any announcement without the presence of the Culture Minister Kostas Tasoulas. 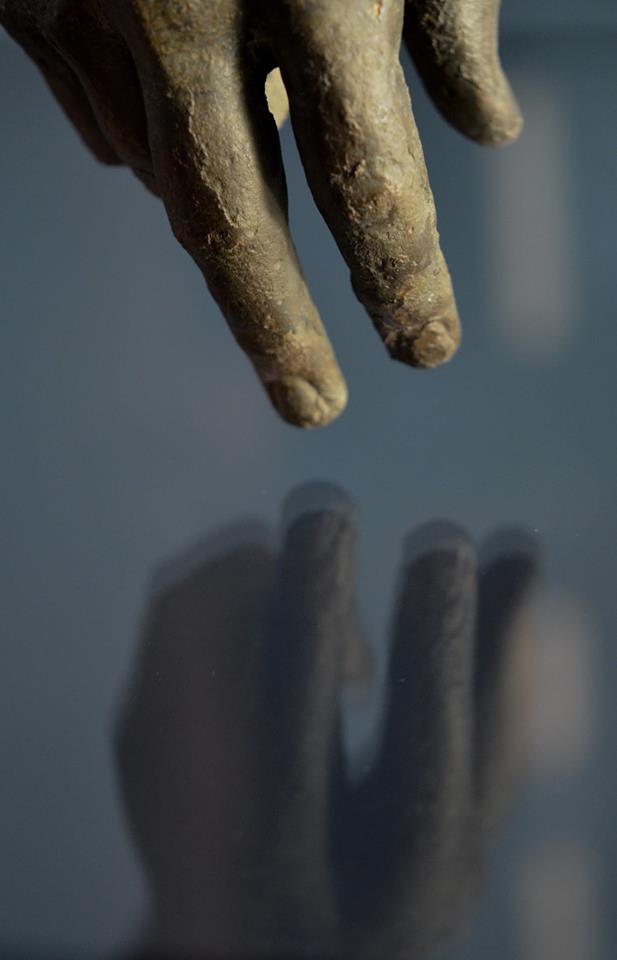 The yellow, torpedo-shaped vehicle, the Sirius underwater robbot, glided over the 2,000-year-old shipwreck during the weekend of September 20.

Research at the wreck is expected to continue until October 15, and while all eyes are focused on the excavations at the site of an ancient tomb at Amphipolis, it may be the ancient wreck at Antikythera that will trump aces first! 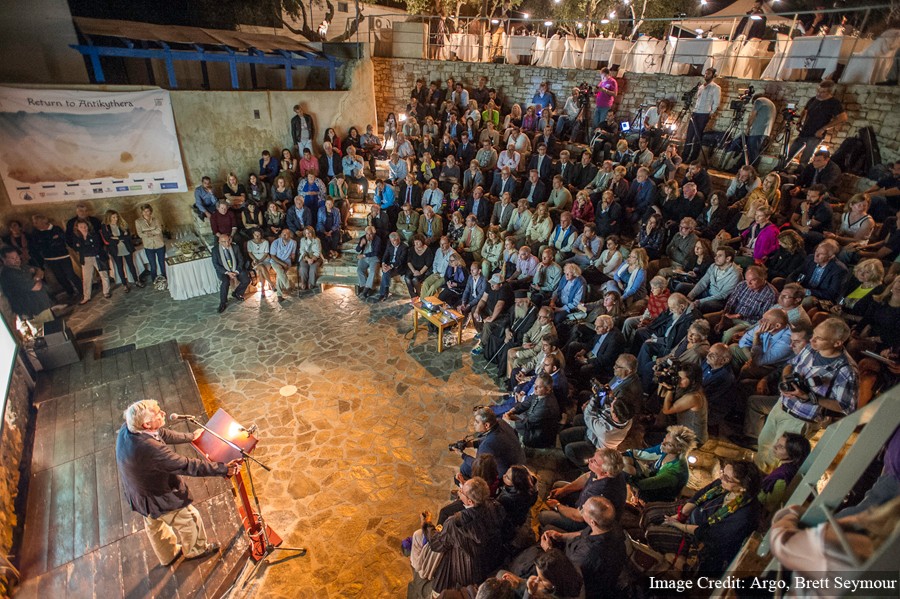 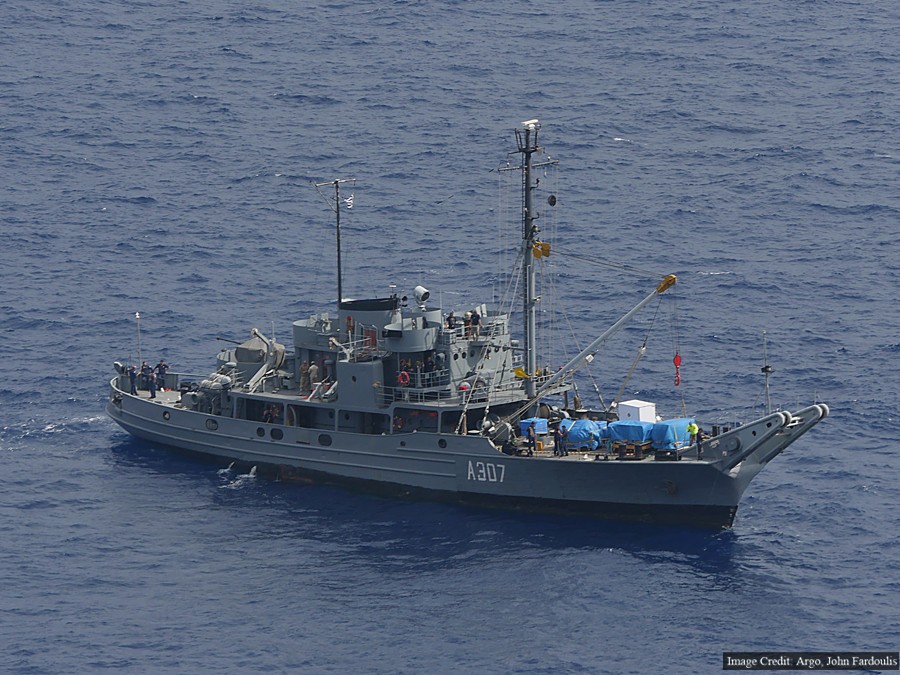 Underwater archaeologist John Fardoulis pointed to the arrival of the HN Thetis to Antikythera on October 5. It will operate as a support vessel for Exosuit to dive the Antikythera shipwreck. “We’re lucky to have the Hellenic Navy as a primary partner,” writes Mr. Fardoulis. 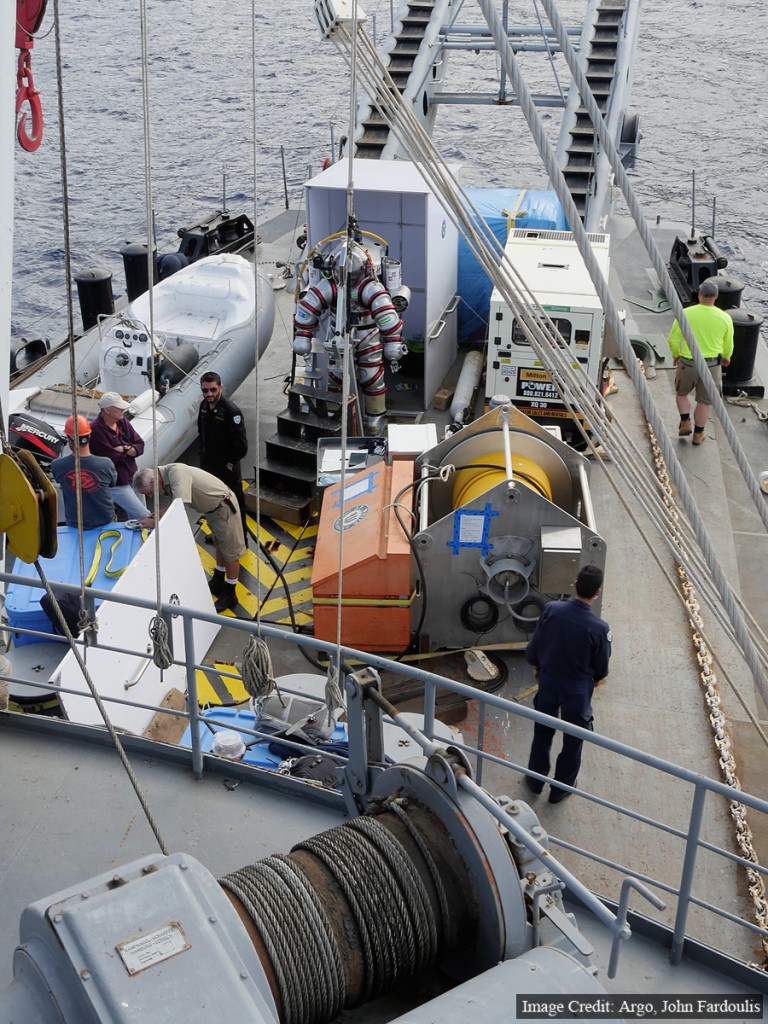