Eurostat released some interesting data showing the share of Europeans who regularly do home office. In 2018. 5.2 percent of people aged between 15 and 64 regularly worked from home across the EU. That share has remained relatively constant at about five percent over the past 10 years. The Netherlands has the highest share of workers who say they usually work from home at 14 percent, closely followed by Finland with 13.3 percent.

Home office rates are far lower in parts of Eastern Europe and it’s practically unknown in Romania and Bulgaria where the rates are just 0.3 percent and 0.4 percent respectively. This infographic shows the situation across the continent and it also includes rates in EEA countries – Iceland, Switzerland and Norway. Eurostat states that older people tend to work from home more often than younger people. In 2018, 1.8 percent of 15-24 year-olds worked from home in EU countries compared to 5 percent of 25-49 year-olds and 6.4 percent of 50-64 year-olds. 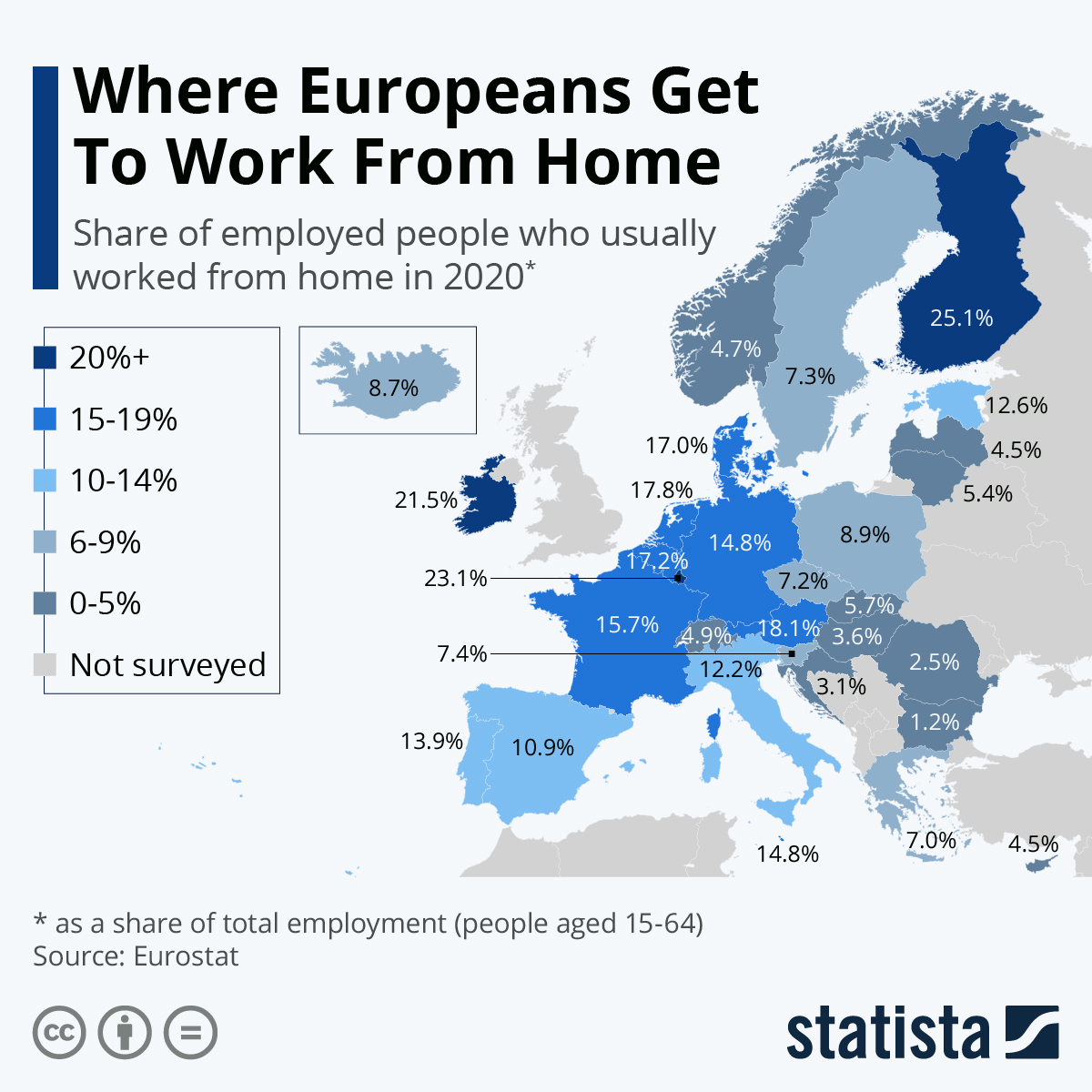 State of freedom: Where does Greece rank among 210 countries? (infographic)

(Do Not) Let the Games Begin! – List of all Olympics held/cancelled since 1896 (infographic)