Napoli was his main club

Argentine football legend Diego Armando Maradona passed away on Wednesday at the age of 60 after suffering a heart attack in his home near Buenos Aires. The offensive midfielder was one of football’s most colorful personalities both on and off the pitch, and his sporting legacy will long outlive him.

Nicknamed “El Pibe de Oro”, the Golden Boy, in his home country, Maradona was the world’s most dominant and entertaining player for large parts of the 1980s, and leading his country to the World Cup in 1986 cemented his status as one of the greatest players the world has ever seen.

His outlandish talent paired with a larger-than-life personality turned Maradona in a global sporting icon, level with the likes of Pele, Muhammad Ali and Michael Jordan. The following chart shows where Maradona made his mark on the world of football, with his stints in Naples and Buenos Aires certainly the most memorable stages of his illustrious career. 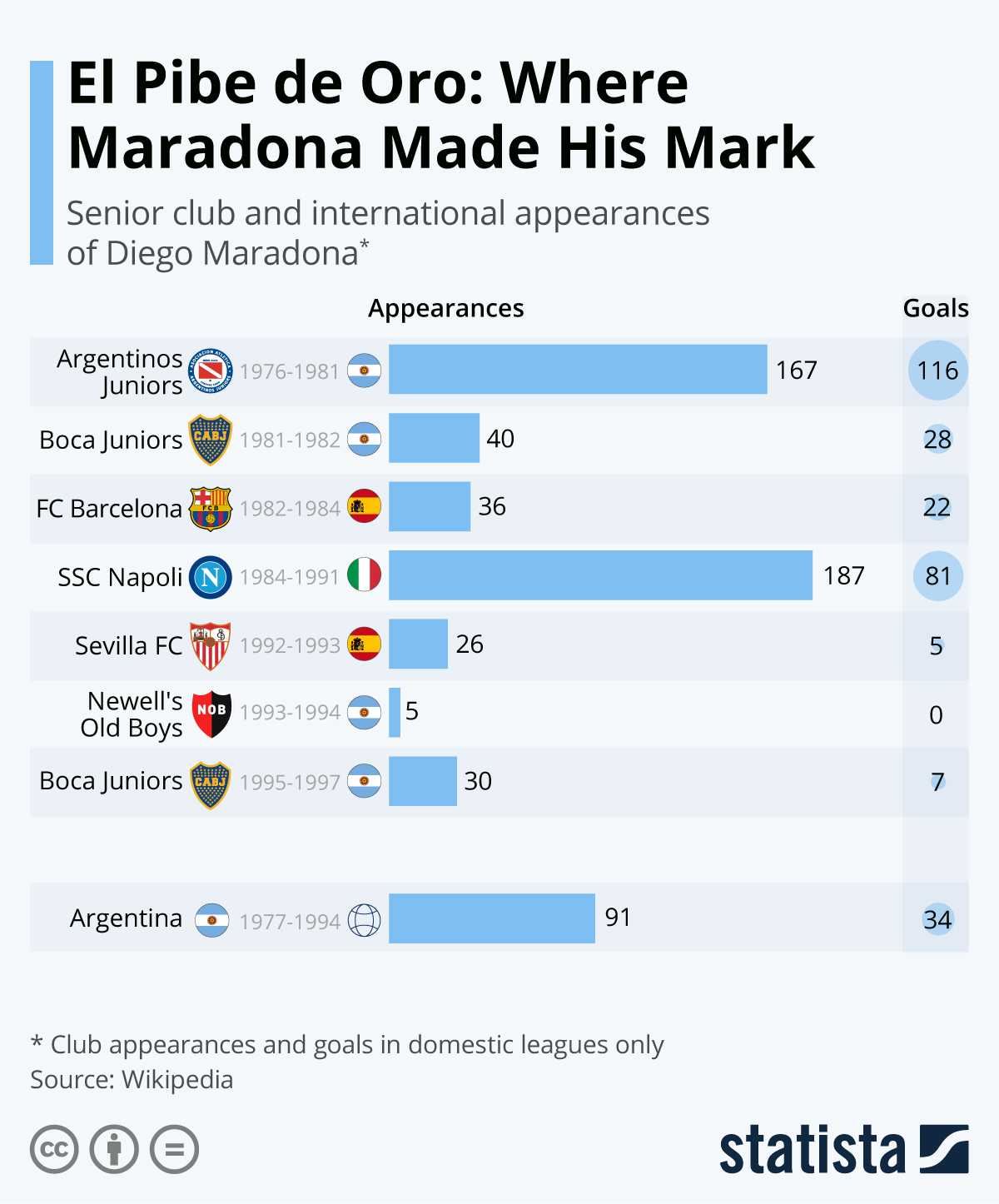