When it comes to attracting foreign companies to artificially shift their profits from their native, high-tax countries, nowhere in the world is known to do so at such volume as Ireland. Tech giants Apple, Google, Facebook all take advantage of the country’s favorable conditions, collectively booking tens of billions of dollars in revenue each year. This resulted in $126.2 billion in profits in 2017 and a total of $6.2 billion in tax revenue for Ireland – 67 percent of all corporate tax receipts.

According to data from the website missingprofits.world – a joint project of researchers from the University of California, Berkeley and the University of Copenhagen – Switzerland attracts the second-highest amount of artificially shifted foreign profits, totaling $98 billion in 2017.

Belgium attracted profits of $20.5 billion and, while perhaps not your classic tax haven, it was found by the European Parliament in 2019 to ‘display traits of a tax haven and facilitate aggressive tax planning’ – alongside Cyprus, Hungary, Ireland, Luxembourg, Malta and the Netherlands.

The researchers estimate that close to 40 percent of all multinational profits are shifted to tax havens each year. While the countries detailed in this infographic are the winners of this corporate behaviour, it equated to over $700 billion in lost profits for so-called ‘high-tax’ countries. The hardest hit of which in 2017 was Germany where 26 percent of corporate tax revenue was shifted outside of its borders. Similarly, the United Kingdom lost 25 percent while the United States lost 19 percent. 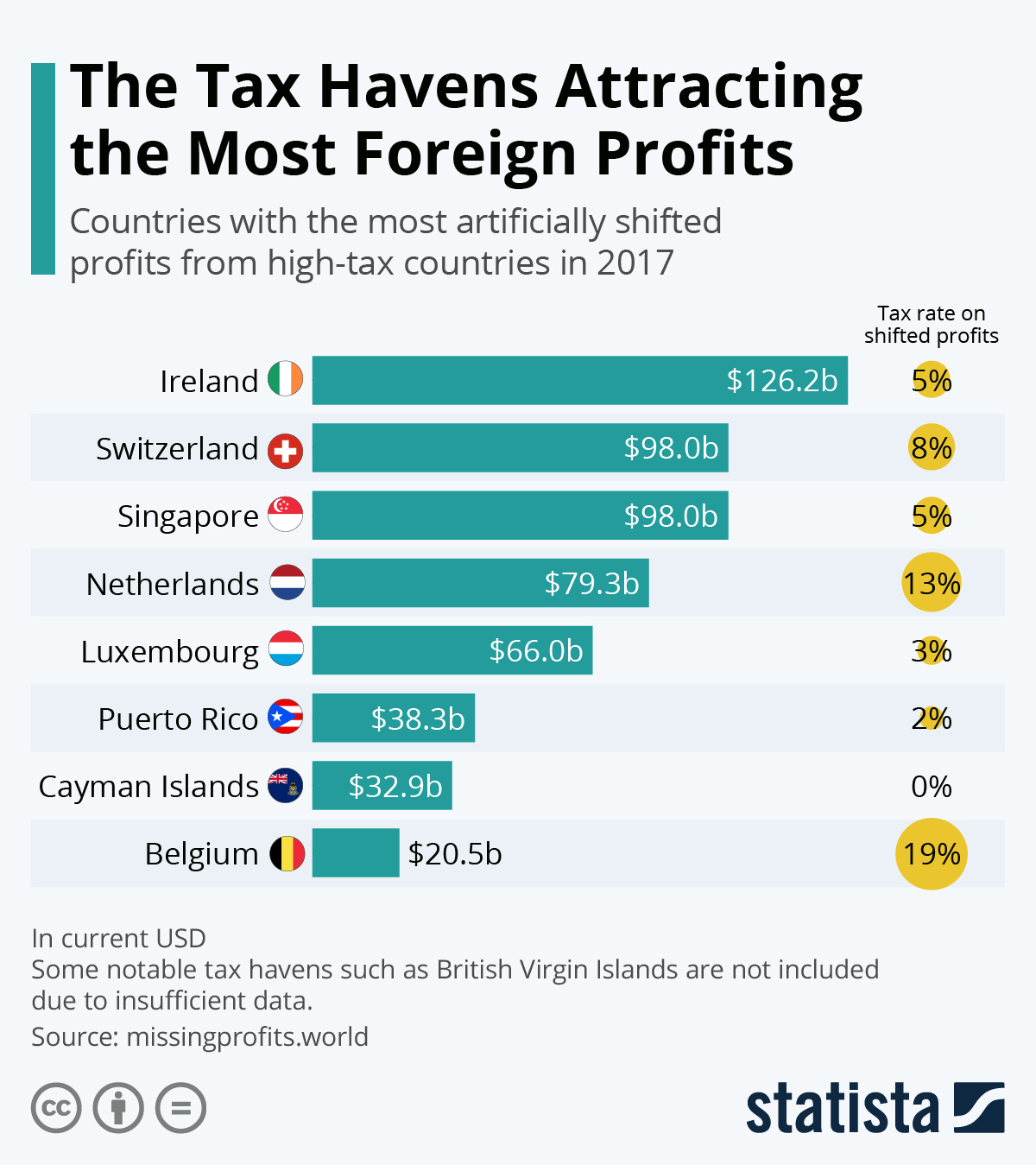