On Monday, SpaceX confirmed that it will conduct the first manned space launch in its history on May 27

On Monday, SpaceX confirmed that it will conduct the first manned space launch in its history on May 27. Demo-2 will see astronauts Bob Behnken and Doug Hurley strap into the company’s Crew Dragon capsule and travel to the International Space Station. When Demo-1 was launched last year, it did not carry a human crew.

Under a program known as Commercial Crew, NASA supported the development of the Crew Dragon as a replacement for the Space Shuttle and they believe working with Elon Musk’s company saved U.S. taxpayers somewhere between $20 and $30 billion.

US military’s mystery space plane rockets back into orbit

So as the latest visitors prepare for their trip to the ISS, which nationalities can claim to have visited the space station most frequently? According to NASA data, the vast majority of astronauts that travelled to the ISS so far have been American – 151 in total. Russia has the second-highest total at 48 while Japan comes third with nine. The ISS was launched in 1998 and 240 individuals from 19 countries have visited it since 2000. 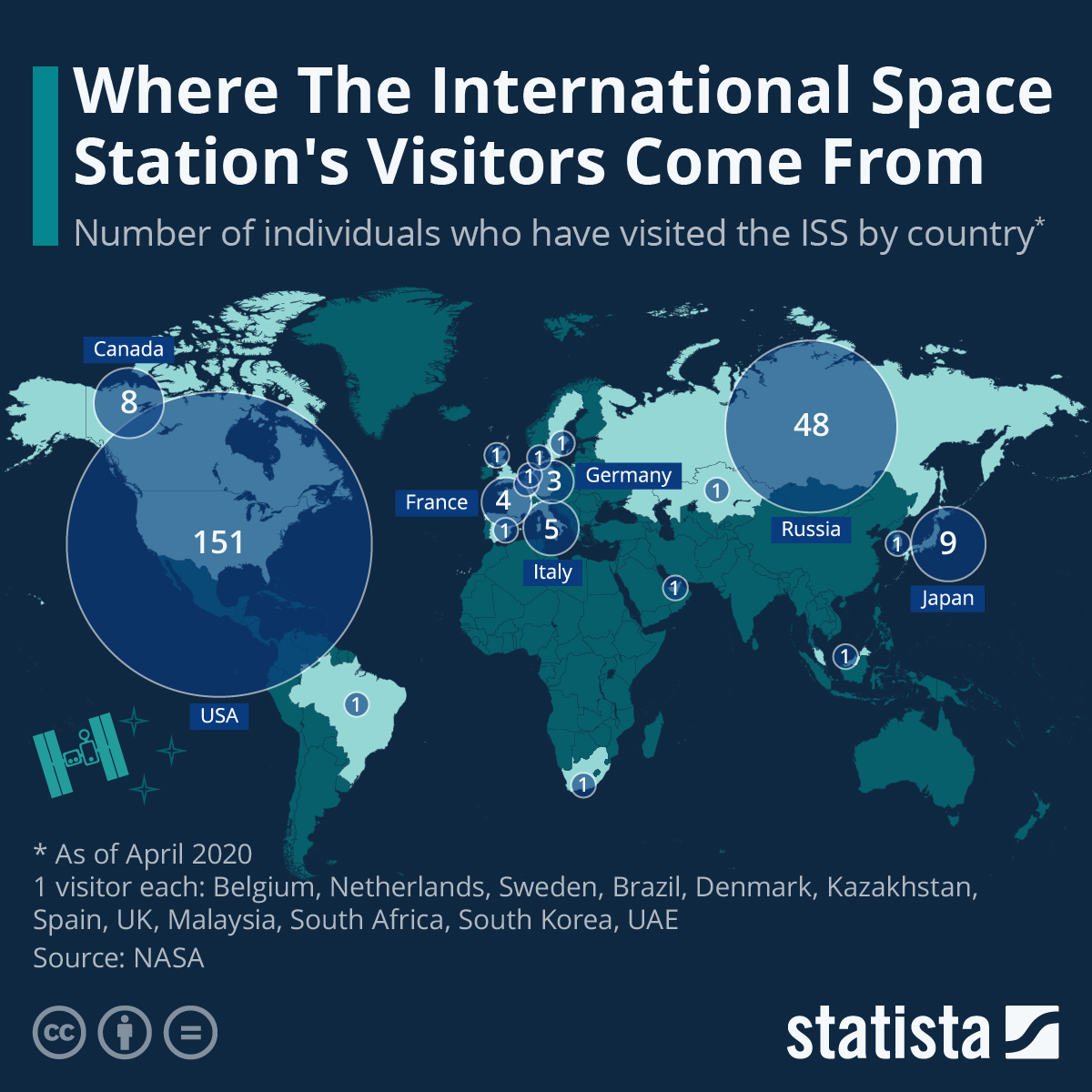