The U.S. presidential election is just around the corner and an overwhelming majority of people across Europe want Joe Biden to win according to a recent YouGov poll. The research polled over 7,000 adults in seven key European countries – Denmark, France, Germany, Italy, Spain, Sweden and the UK. Denmark has the highest share of the public hoping for a Biden victory at 80 percent with just six percent of people there rooting for another four years for President Trump. Italy had the highest levels of support for Trump in the survey at just 20 percent while a significant 58 percent majority are hoping his Democratic challenger wins the election. In the UK, which has been bitterly divided by populist politics and Brexit, a 61 percent majority favors Biden.

Construction of Evros wall on borders with Turkey has started

Sex shop sends toys to women to vote in US elections

Despite the surging support for the Democrat ticket across Europe, YouGov found that a considerable swathe of the public remains sceptical of a Biden victory. Only in Denmark do half of the respondents feel Biden will win on November 03. The research is damning when it comes to the integrity of the U.S. election with just 2 percent to 11 percent of respondents across the seven countries agreeing that it will be “completely free and fair”. Italy had the most respondents agreeing the election will be “completely free and fair” at just 11 percent and that share dips as low as two percent in Germany and four percent in Denmark. YouGov found that a large majority of the public across Europe considers Trump a “poor” or “terrible” president and that ranges from 61 percent in Italy to 82 percent in Denmark. 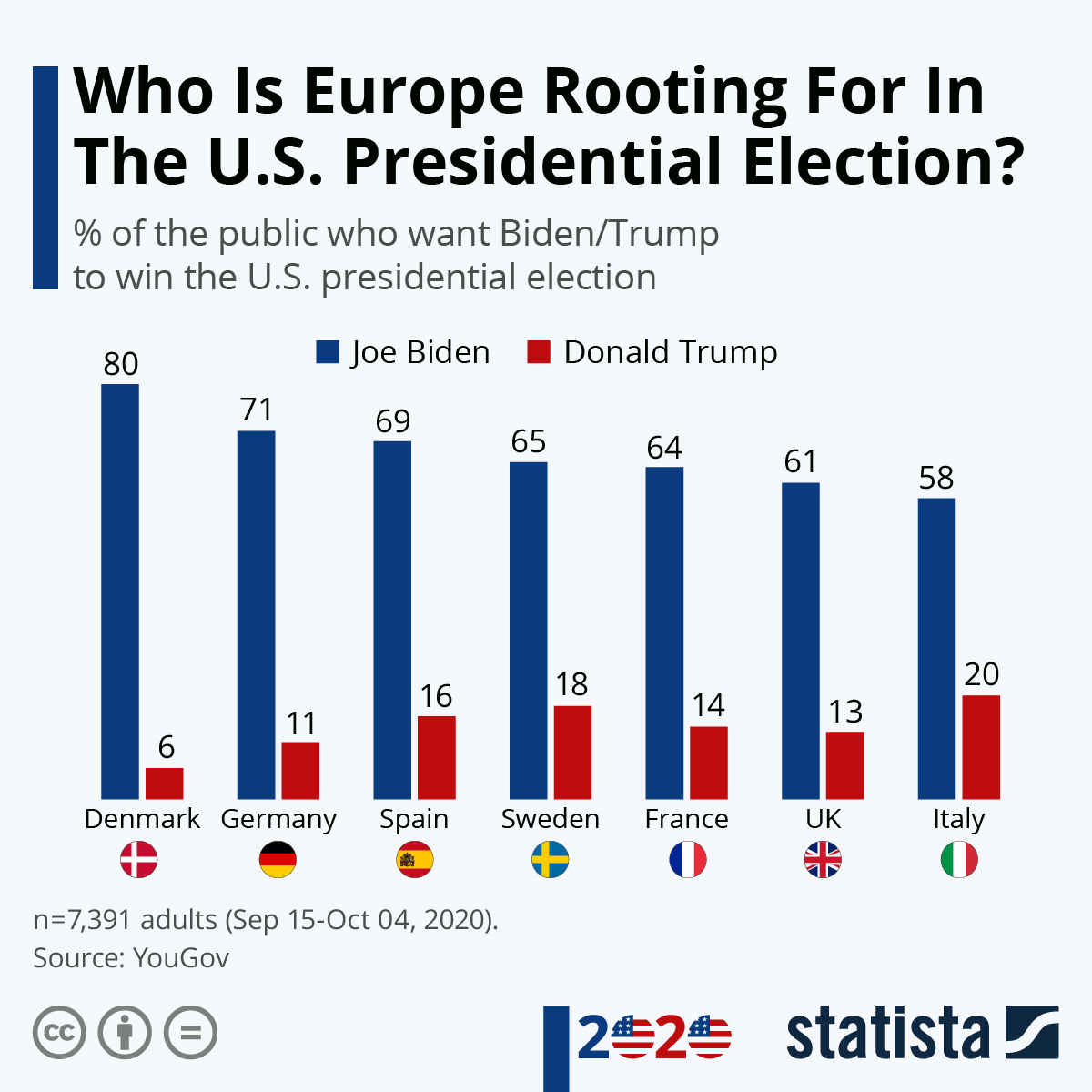